You might know Nickelback as the most hated band on the internet. (Though it’s not clear why!) But do you know how they got their name? Mike Kroeger used to work at Starbucks, and whenever he issued change, he’d say, ‘Here’s your nickel back.’ At the time, their band was called Village Idiot, but the new name stuck. So let’s go spot the most valuable nickel! 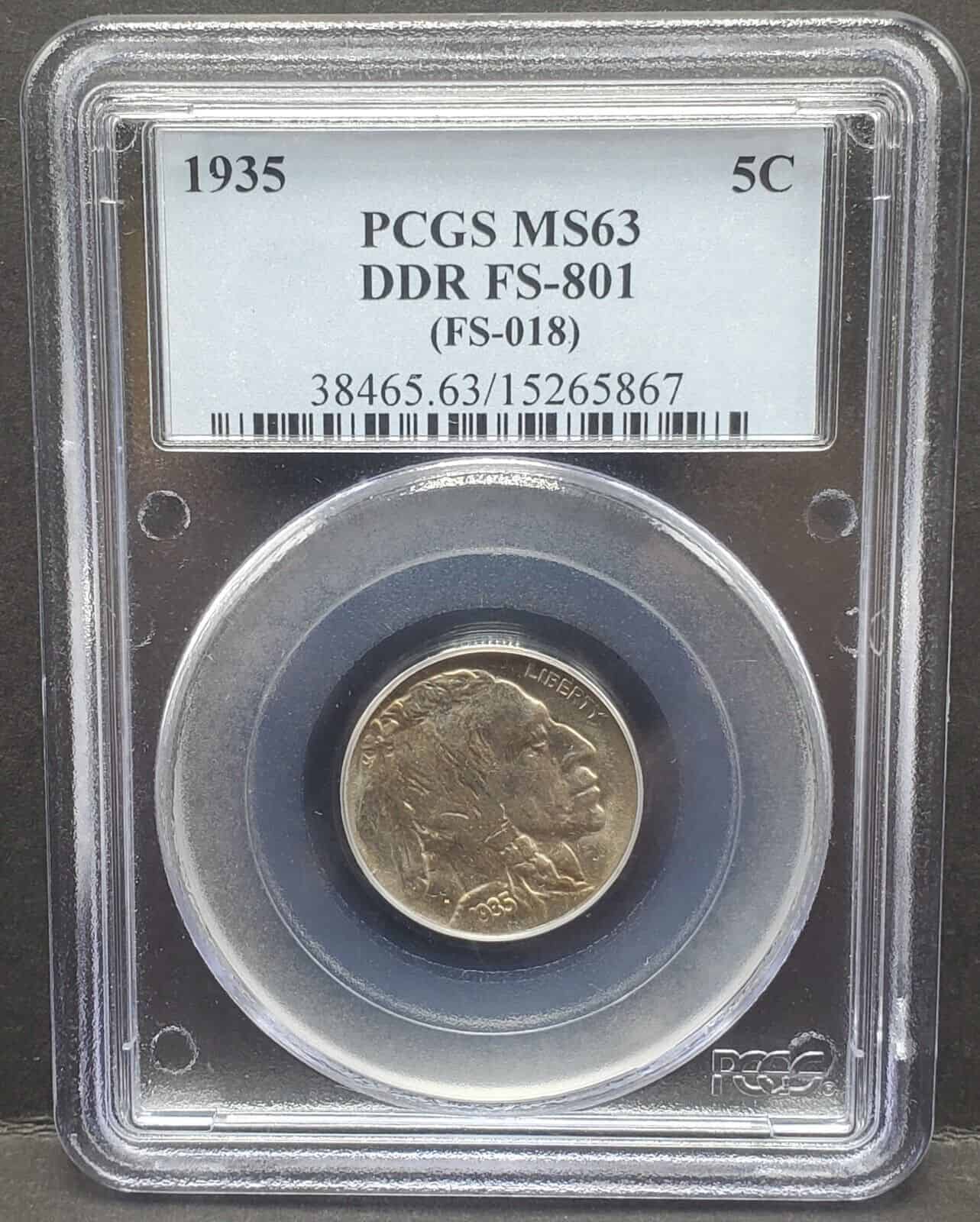 We’ll start by looking at the history of the nickel. It’s an American 5-cent coin that’s been in use since 1866. Like other coins, it’s made of a cupronickel alloy that’s 75% copper and 25% nickel. Here’s the key difference – with nickels, this metal composition started from day one.

Quarter and half-dollars were mostly made of silver until the Johnson Sandwich of 1965. It was introduced to battle rising silver prices. On these later coins, a copper core was clad with a cupronickel coating. And for 5c coins, early versions (known as half dimes) were silver too. 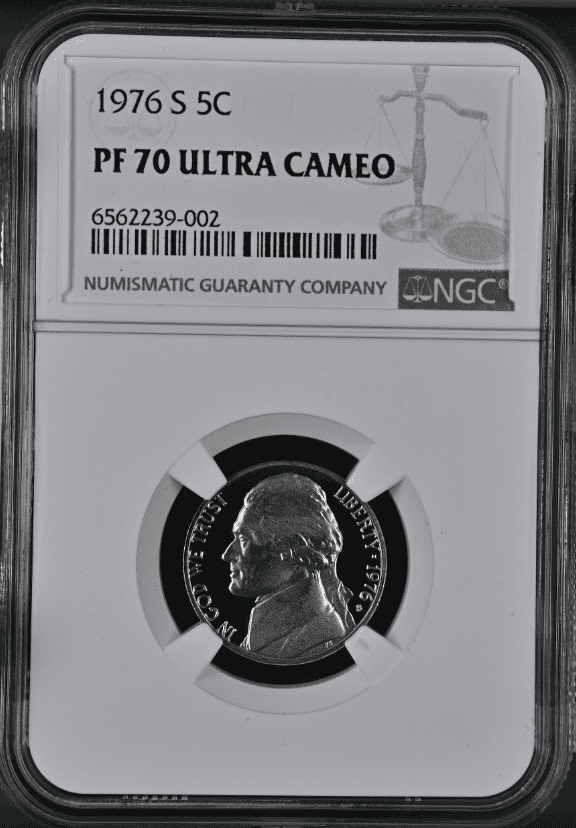 These half dimes were minted in pure silver from 1792 to 1873, so nobody called them nickels yet. During the Civil War, people switched to paper money because precious metals were being hoarded during the war. This paper money included a fractional currency 5c note.

At one point, Spencer M. Clark put his face on the 5c note, causing some controversy. Clark was in charge of the Currency Bureau, but the hubris of putting his face on federal money caused a stir. These notes were banned in 1865, and in 1866, Congress allowed base metals. 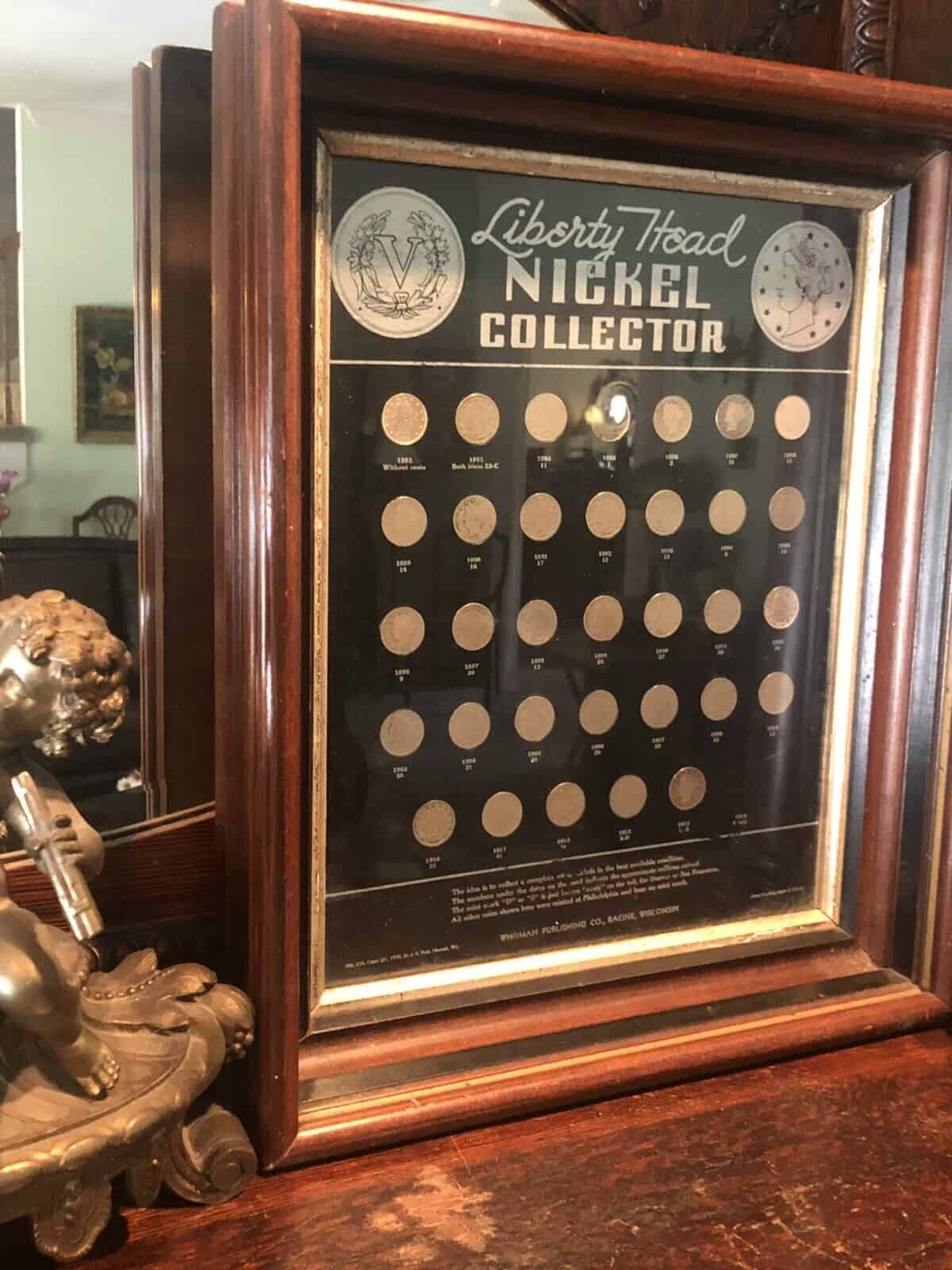 This Clark issue could have been an innocent mistake. Maybe. Congress had asked for the 5c fractional note to have ‘Clark’ on the front, meaning explorer William Clark of Lewis & Clark fame. But the Currency Bureau boss cheekily applied creative license and used his own face.

Beyond banning the note, Congress legislated that no living person could be placed on cash. They wanted to fire Spencer Clark but the Treasury Secretary (Salmon P. Chase) wouldn’t let them. Congress then asked for 5-cent coins similar to the existing 3-cent cupronickel coins. 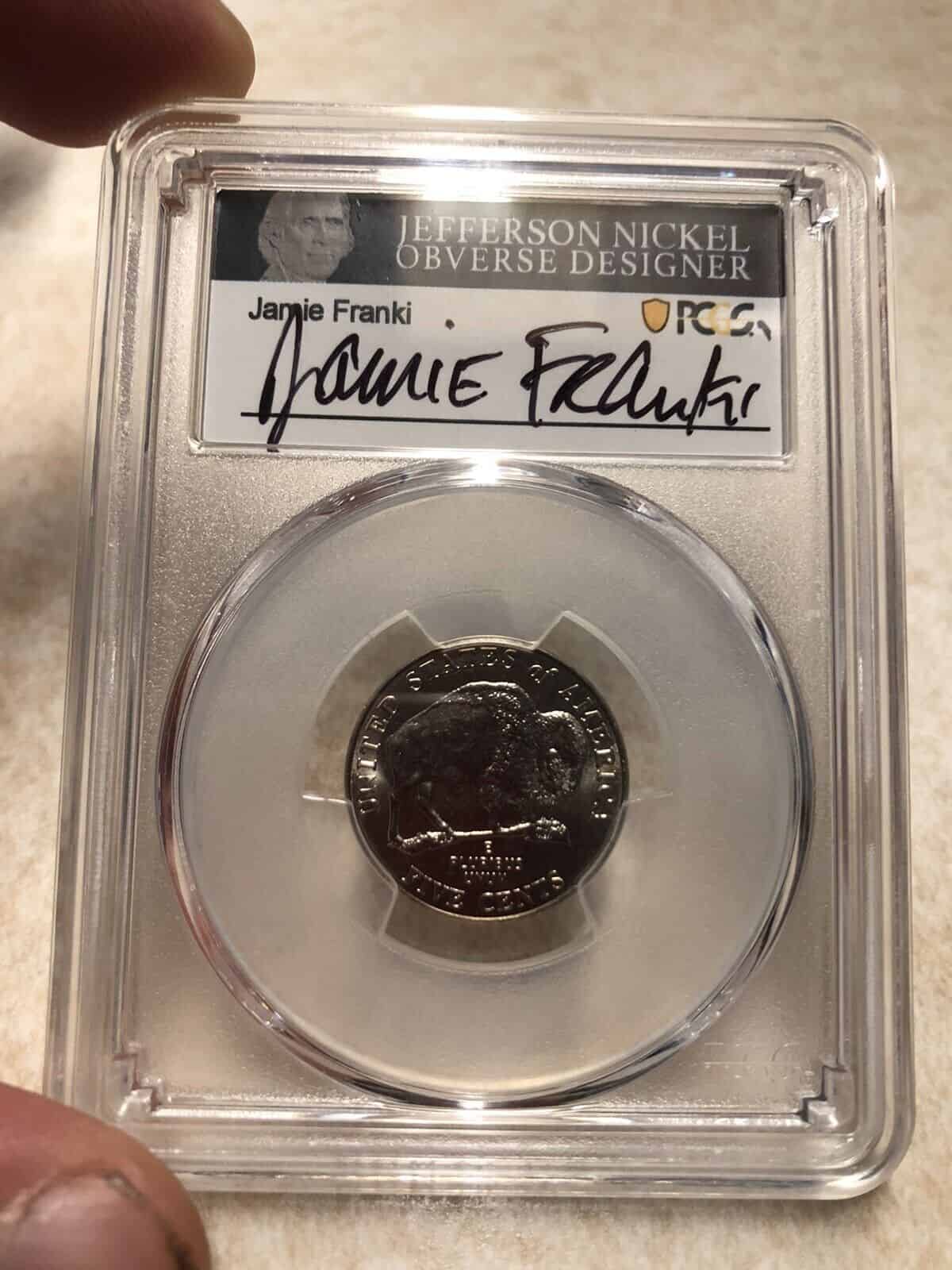 This move to base metals was never intended to be permanent. For reference, base metal coins contain copper, tin, zinc, etc. while silver and gold coins are technically referred to as specie coins. But businessman Joseph Wharton wanted this use of nickel to go on forever.

Why? He controlled most of the nickel production in the US, and he frequently used political connections to lobby for the use of nickel in currency. He also spent a fortune setting up the infrastructure for federal nickel minting. But let’s talk about cupronickel 25c and 50c coins. 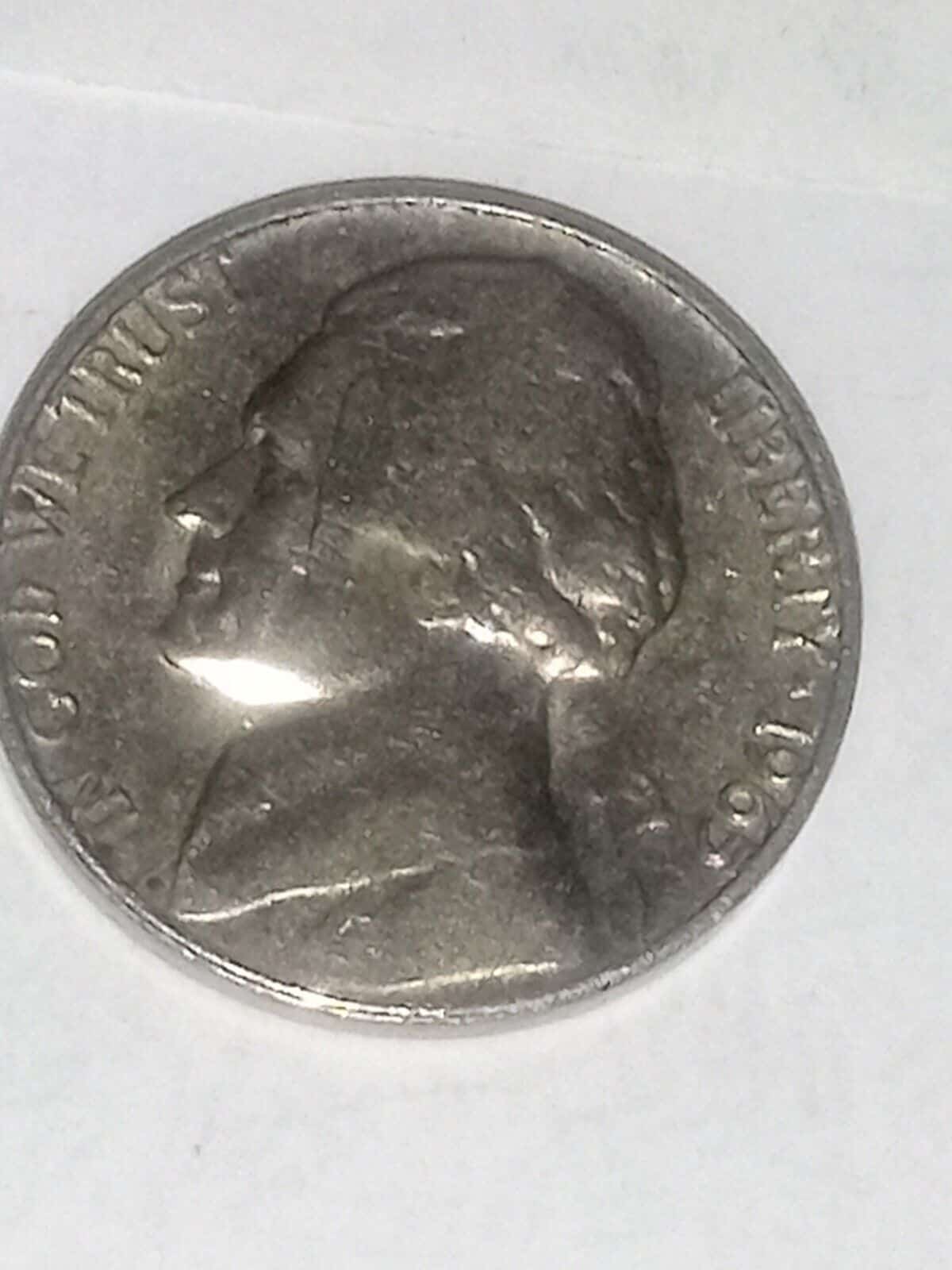 Quarters and half-dollars are clad, but cupronickel comprises the entire content of a nickel. The other coins only have nickel on their outermost layers, but nickels themselves have the same metal mix all through. If you slice a nickel, it’ll still be shiny and whitish in the middle.

But if you cut through the thickness of a quarter or half-dollar, the innermost sections will be a gorgeous reddish-brown tone that’s characteristic of copper. And if the innards are exposed long enough, they’ll soon acquire that greenish tinge that comes from oxidation and tarnish.

The first nickels to be minted were nicknamed Shield Nickels since they had a shield on the obverse – that’s the technical name for the heads side of a coin. The tails side is referred to as its reverse. Shield Nickels have Roman No. 5 (V) on the back, with stars and rays around it.

These coins were 20.5mm in diameter (0.807”) and they were minted from 1866 to 1883. The coins were hard to make and Wharton claimed the shield looked like a tombstone. By 1883, the Shield Nickel had been replaced by the Liberty Nickel, which stayed until 1913. 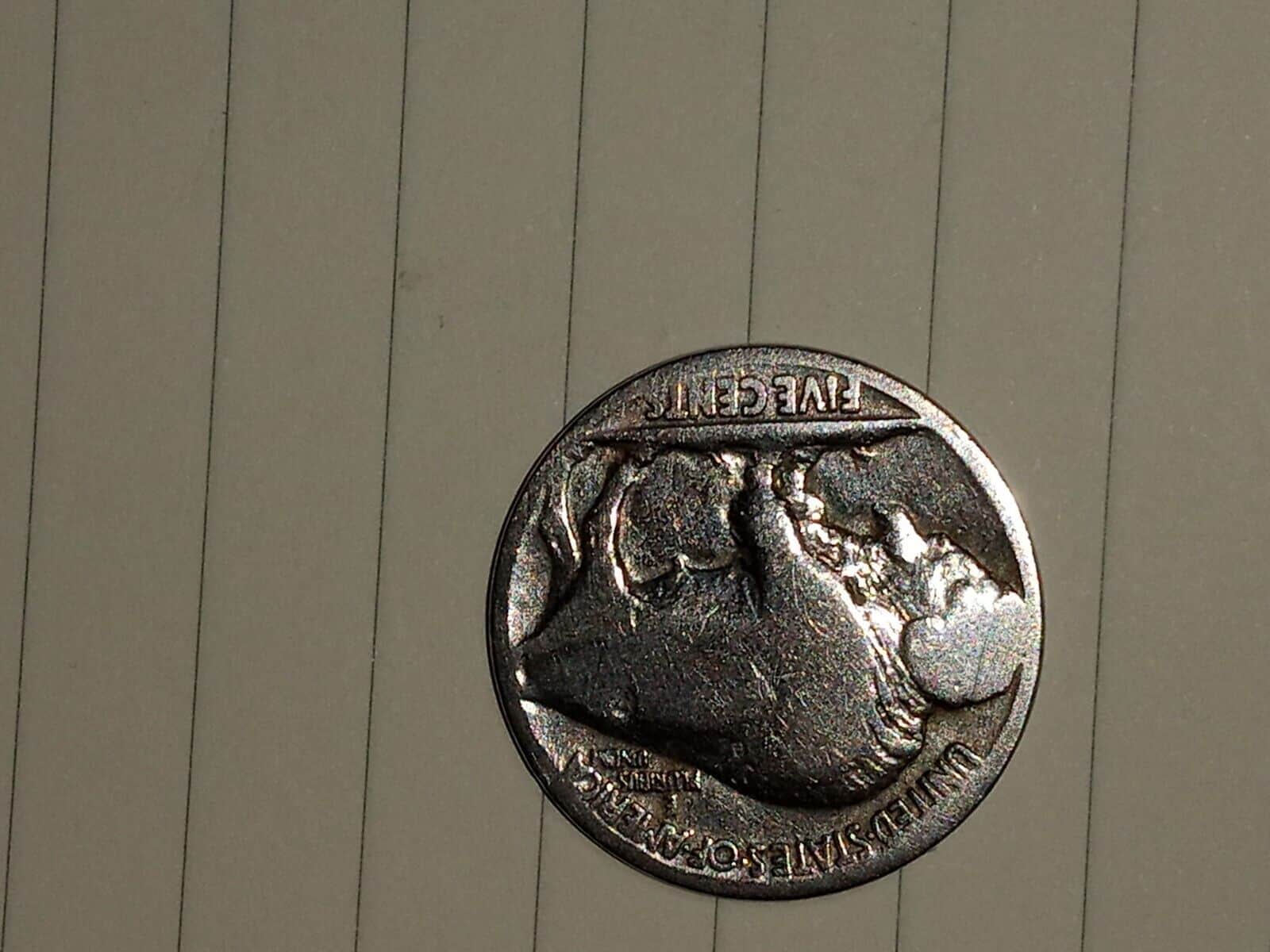 During the early years of the nickel, trade was an issue. Starting 1867, the Mint made two obverse designs – one with rays and one without. This made the public assume some were fake and made them wary of using these coins, which they already considered quite ugly.

Also, legally, you could only pay up to $1 in nickels at the bank, and the Treasury wouldn’t take less than $100 in nickels, giving you a $100 banknote in exchange. So shops and post offices got stuck with tons of nickels they couldn’t use. In 1871, the limit was dropped to $20. 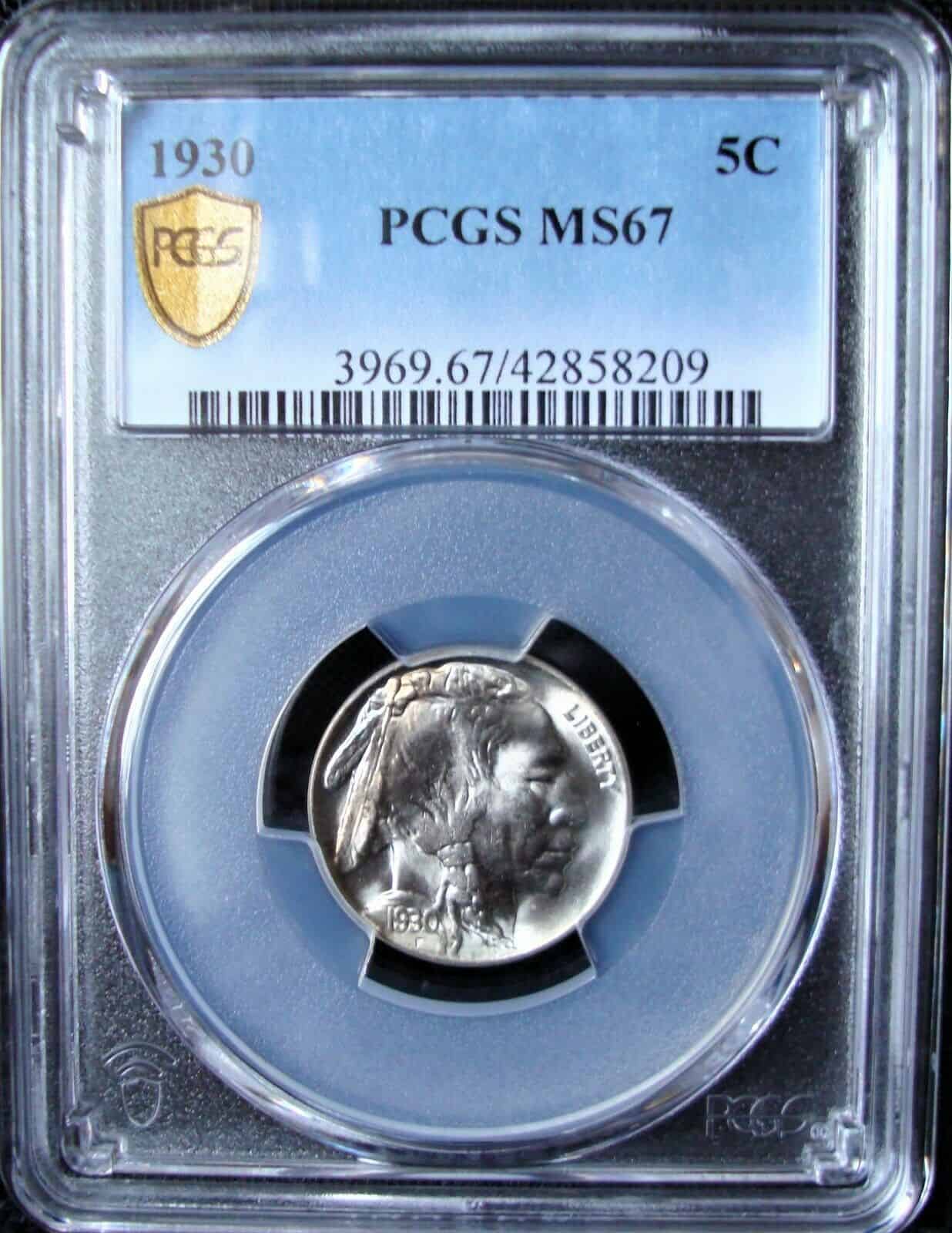 Despite all this, people still preferred specie coins when they could find them. And silver half dimes still existed, mostly hidden in people’s treasure chests. As the price of silver started to drop, these bullion stacks got devalued. Plus nickel exchange limits made them inconvenient.

So from 1876, the silver half dimes reappeared. With so many silver 5c pieces in circulation, the Mint stopped making nickels until 1881. Bad news for Joseph Wharton’s nickel mines! It was his political lobbying that led to the introduction of the cupronickel Liberty Head Nickel. 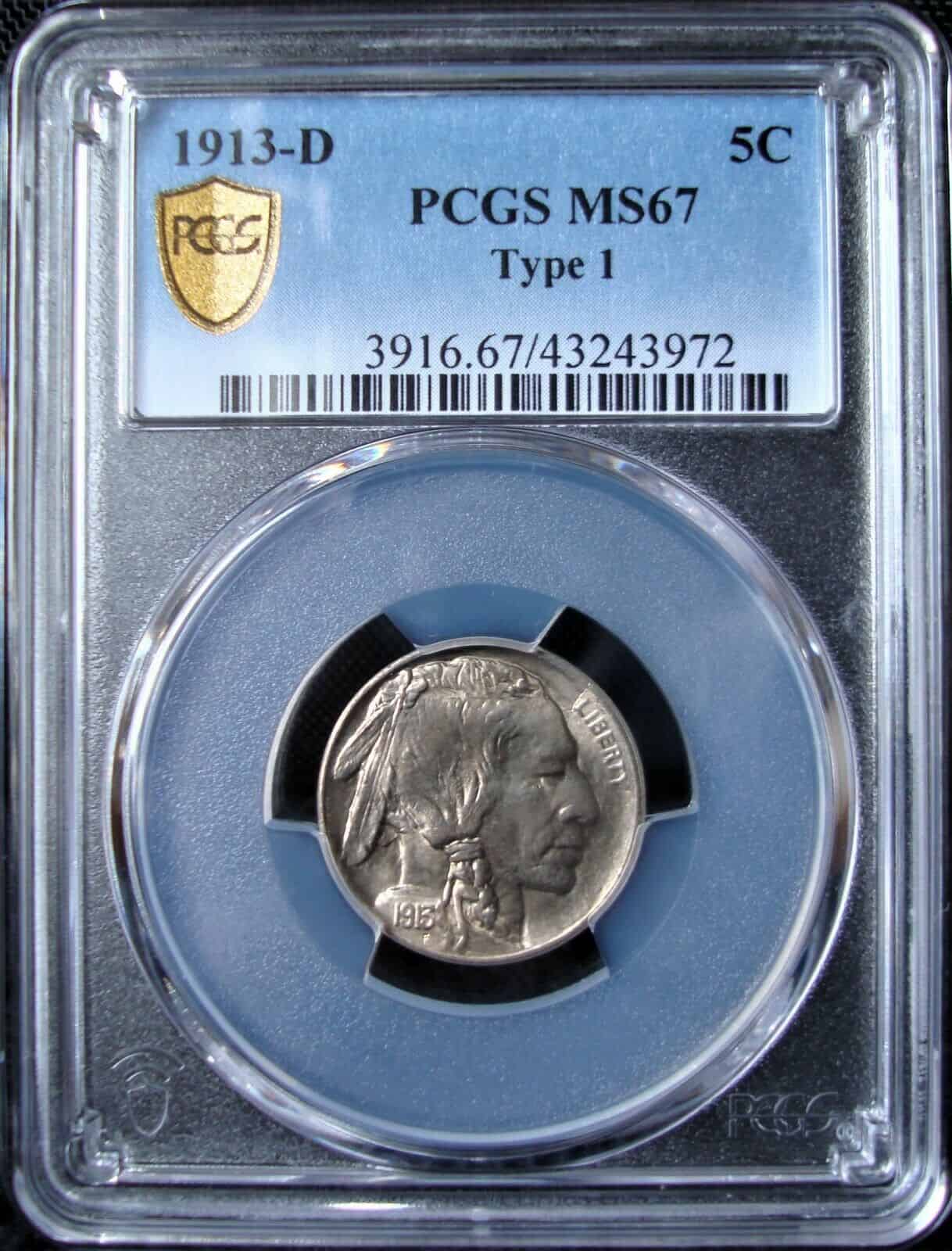 In an interesting twist, Wharton’s nickels seemed to be easily faked. Various design mishaps meant some had United States on the front instead of the back while others didn’t have the word ‘Cents’ on them. They were also similar in size and weight to circulating $5 gold coins.

Counterfeiters then looked for coins without ‘cents’, coated them in gold, added reeding on the edge, and traded them as $5 coins. The Mint soon fixed the Liberty Head Nickel to insert the word ‘cents’ in June 1883. On that same day, the Mint stopped making Shield Nickels. 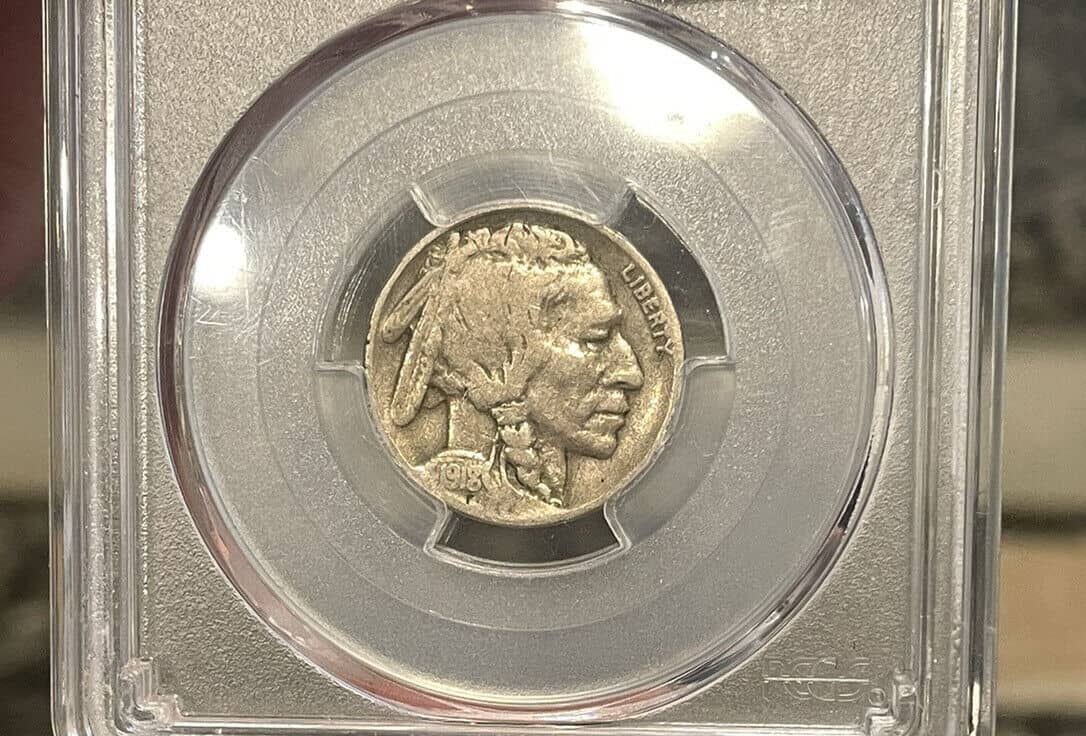 Let’s talk about the acceptance of nickels in the market. The demand for these 5c coins came through coin-operated casinos, vending machines, 5c ‘penny’ arcades, coin-fed violins, pianos, psychics, and nickelodeons, where you could watch 12-minute movies on a loop.

A lot of this popularity came from the Liberty Head Nickel, which people loved. But when it was replaced in 1912, a few 1913 specimens popped up, though there’s no record of when they were authorized or coined. Only five are known, and one sold in 2010 for $3,737,500. 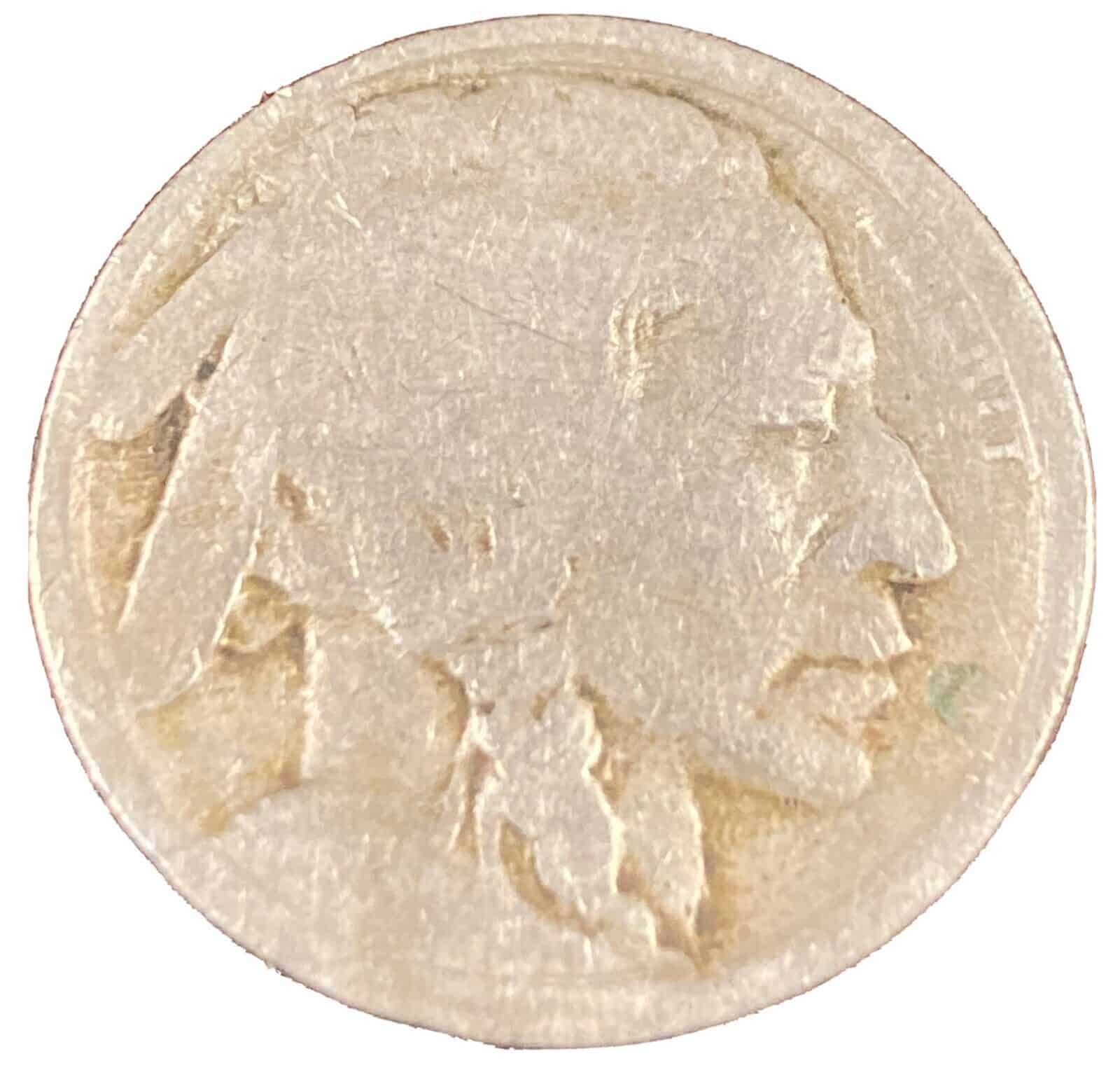 Next came the Buffalo Head Nickel, which was coined until 1938, when we switched to today’s Jefferson Nickel. After 1883, nickels were 21.21mm in diameter (0.835”) and 1.95mm thick. While other coins had textured reeding on their edges, the nickel had a smooth edge.

Base metal nickels were necessitated by the Civil War when citizens were hoarding gold and silver coins for their melt value. But another war – WWII – needed nickel for weapons and war machines. So the metal mix changed to 56% copper, 35% silver, and 9% manganese. 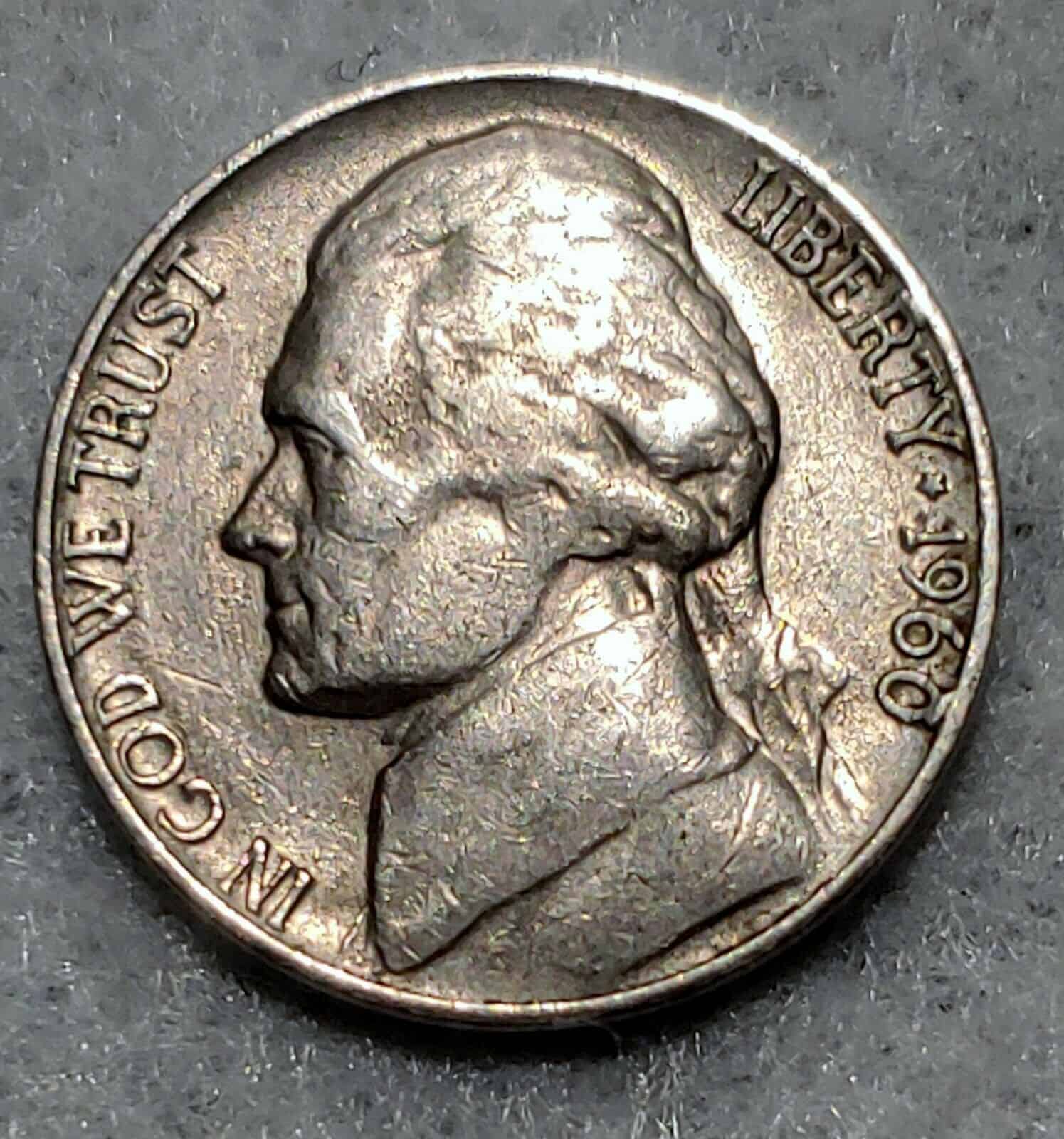 If people liked Liberty Head Nickels so much, why did the design change? You can blame that on Teddy Roosevelt. He felt American coins weren’t sufficiently artistic or pretty, and he wanted them crafted by professional sculptors. Several coins were redesigned to please him.

These coins were remade starting in 1904. For the nickel, a coin with a Native American obverse and a bison reverse was minted from 1913 to 1938. They’re sometimes called Indian Head Nickels, or Buffalo Nickels, and they came in two styles with a slightly tweaked design. 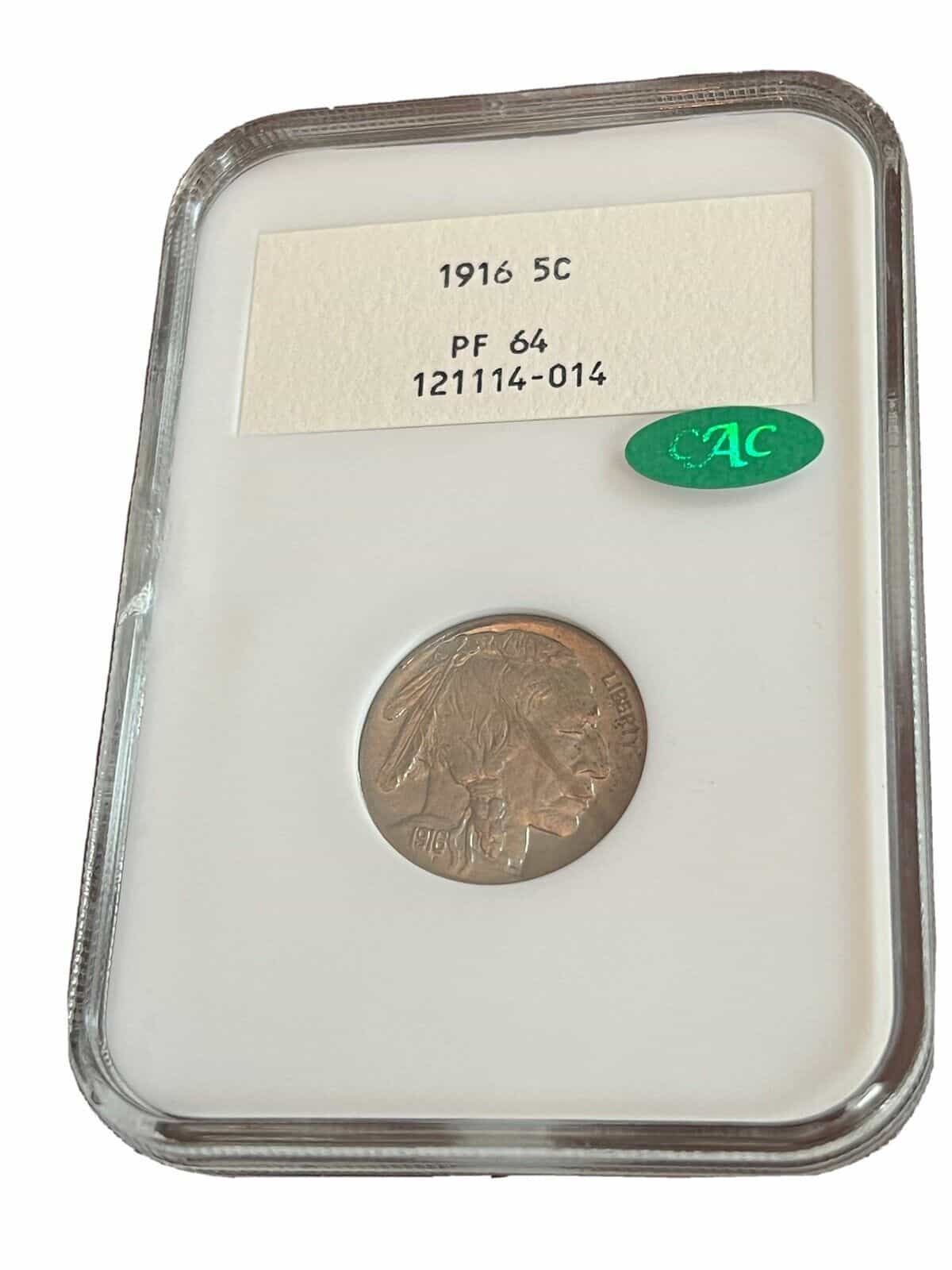 Both the obverse and the reverse of this nickel were done by James Earle Fraser. He was the assistant to the deceased Augustus Saint-Gaudens, who had designed the $10 gold eagle and the $20 gold double eagle. He had been working on other designs before he died of cancer.

In his final days, his assistants would carry him to the studio to review their designs, so it made sense that Fraser, one of these assistants, would step in to continue his work. Despite objections from counterfeit detection makers Hobbs Manufacturing, the coin passed muster. 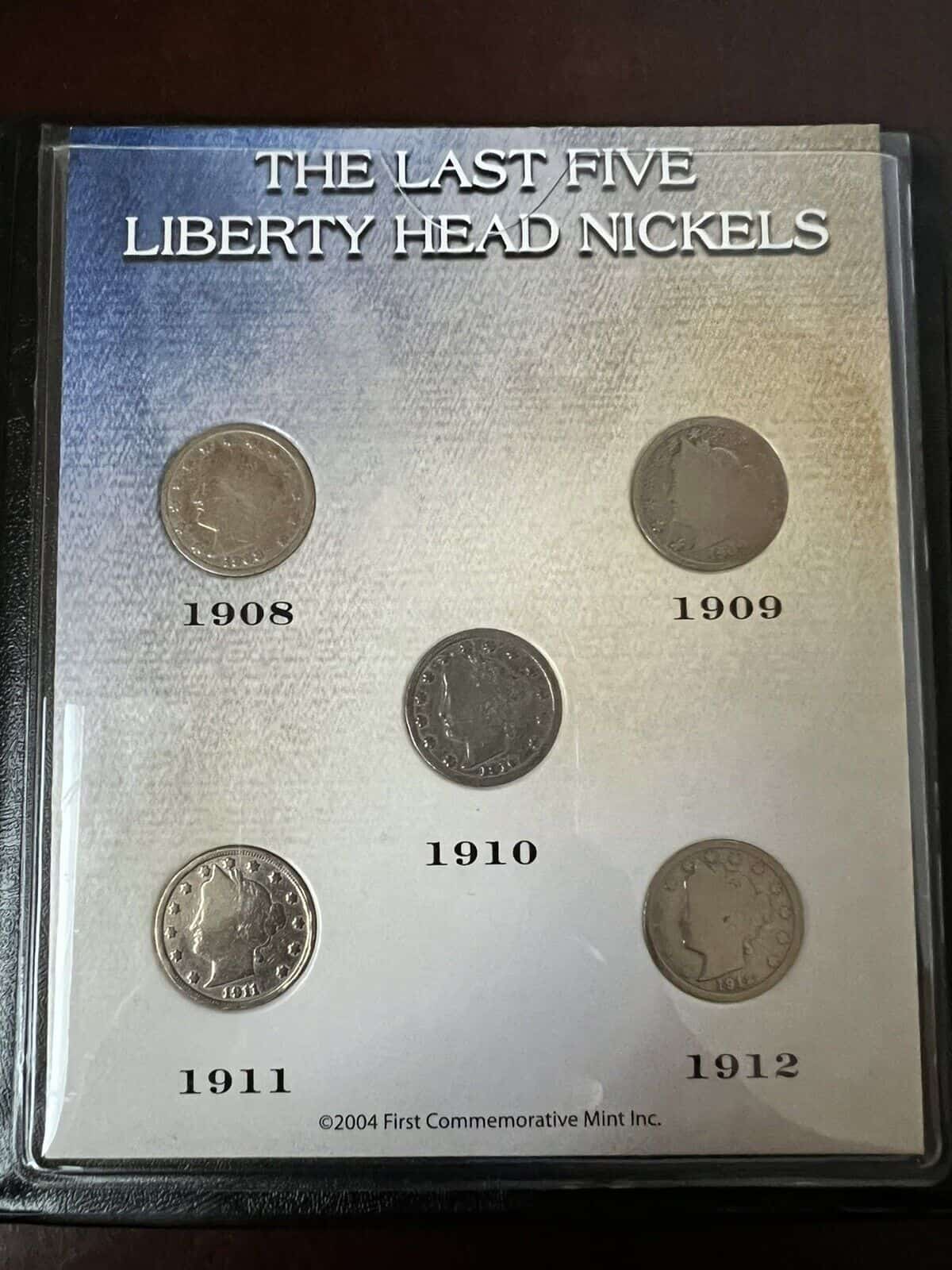 While the public (and the president) loved the aesthetics of the Buffalo Nickel, the coin didn’t hold up well. With frequent use and daily circulation, the dies deteriorated quickly and dates on these coins easily wore off. This diminishing quality eventually led to Jefferson Nickels.

The design was chosen via a public contest, and the winner was Felix Schlag. His design stayed on the coin until 2004, though his initials didn’t appear on the coin until 1966 – it’s unclear why. Jefferson Nickels have a Thomas Jefferson obverse and a Monticello reverse. 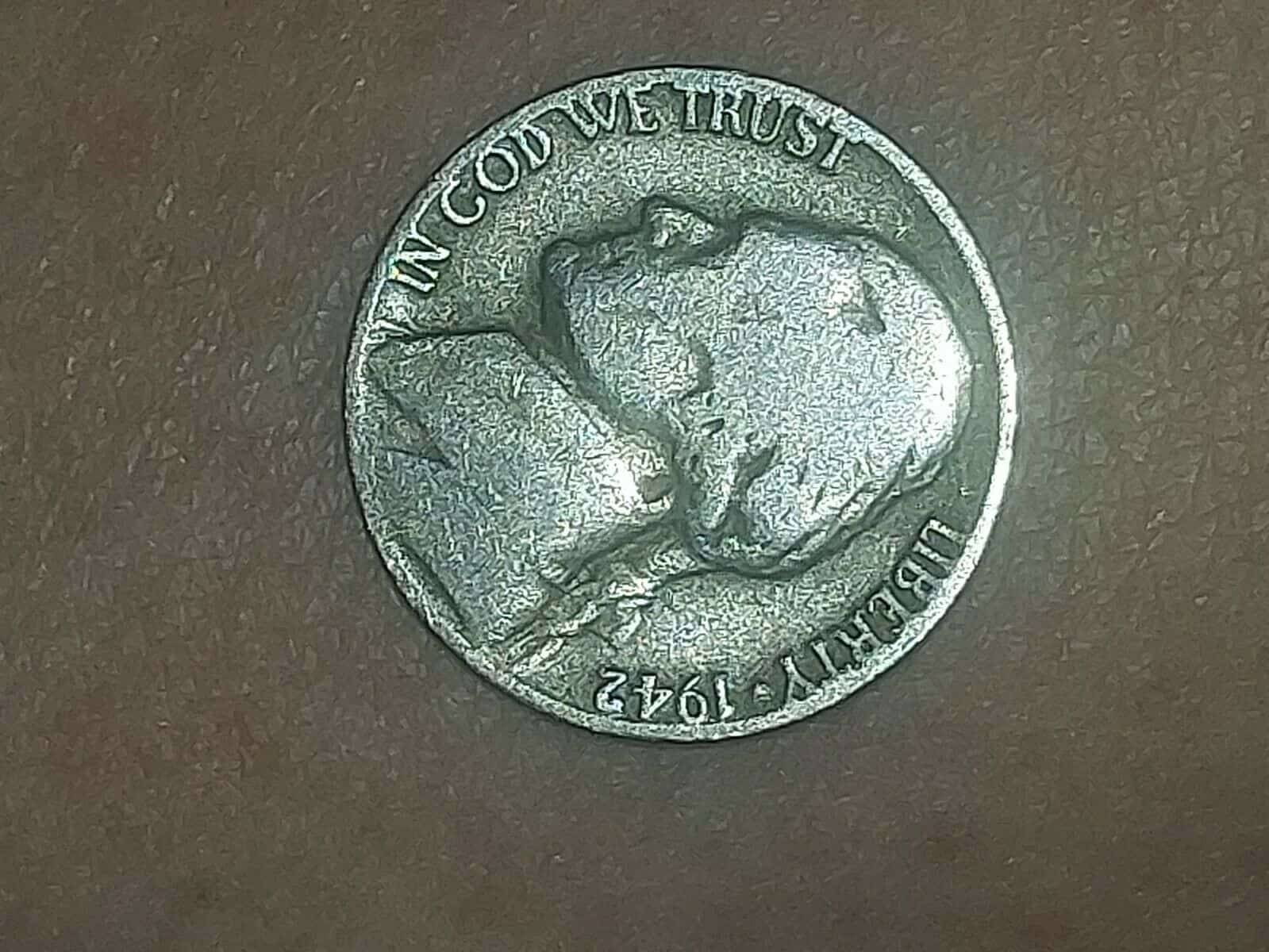 Monticello is the name of Thomas Jefferson’s official home outside Charlottesville, Virginia. It’s a 5,000-acre tobacco and wheat plantation that he inherited from his dad when he was 26. He designed the house himself. Thomas Jefferson was the 3rd President of the USA.

Jefferson Nickels are still made today, but from 1942 to 1945, their metal composition shifted because of the war. These War Nickels also had bigger mint marks so they could easily be identified and pulled from circulation after the war. Cupronickel came back in 1946. 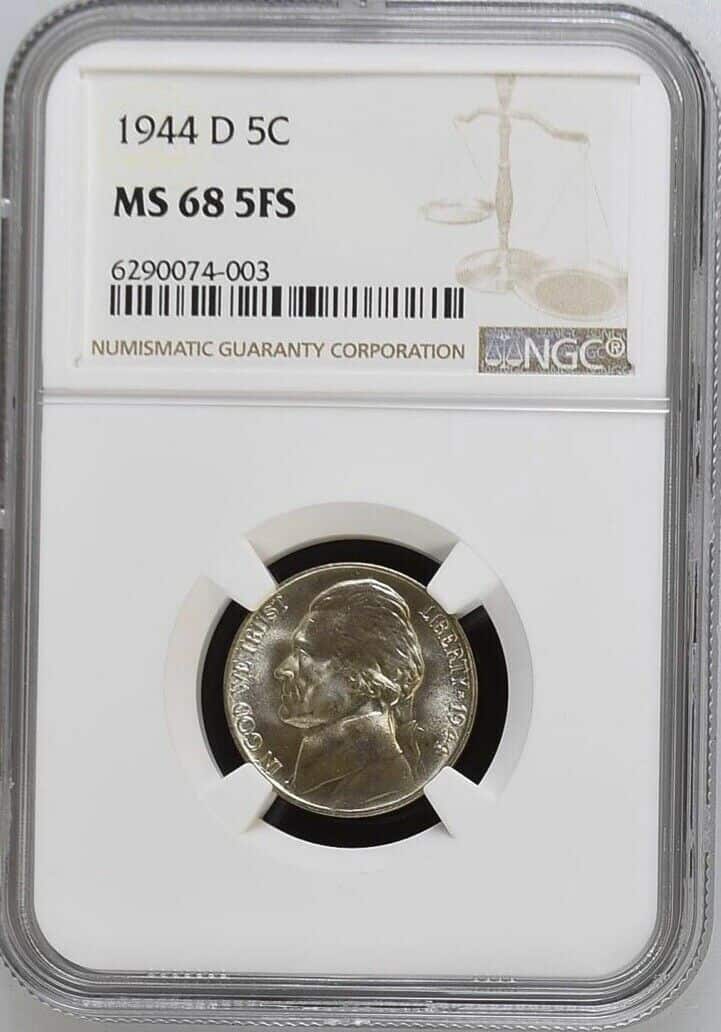 At the time, people were stashing silver quarters and half dollars for their melt value. They hoarded nickels and pennies too, even though their melt value was negligible. So Eva Adams, the Mint Director, ordered that no coins should bear any mint marks to deter these hoarders. 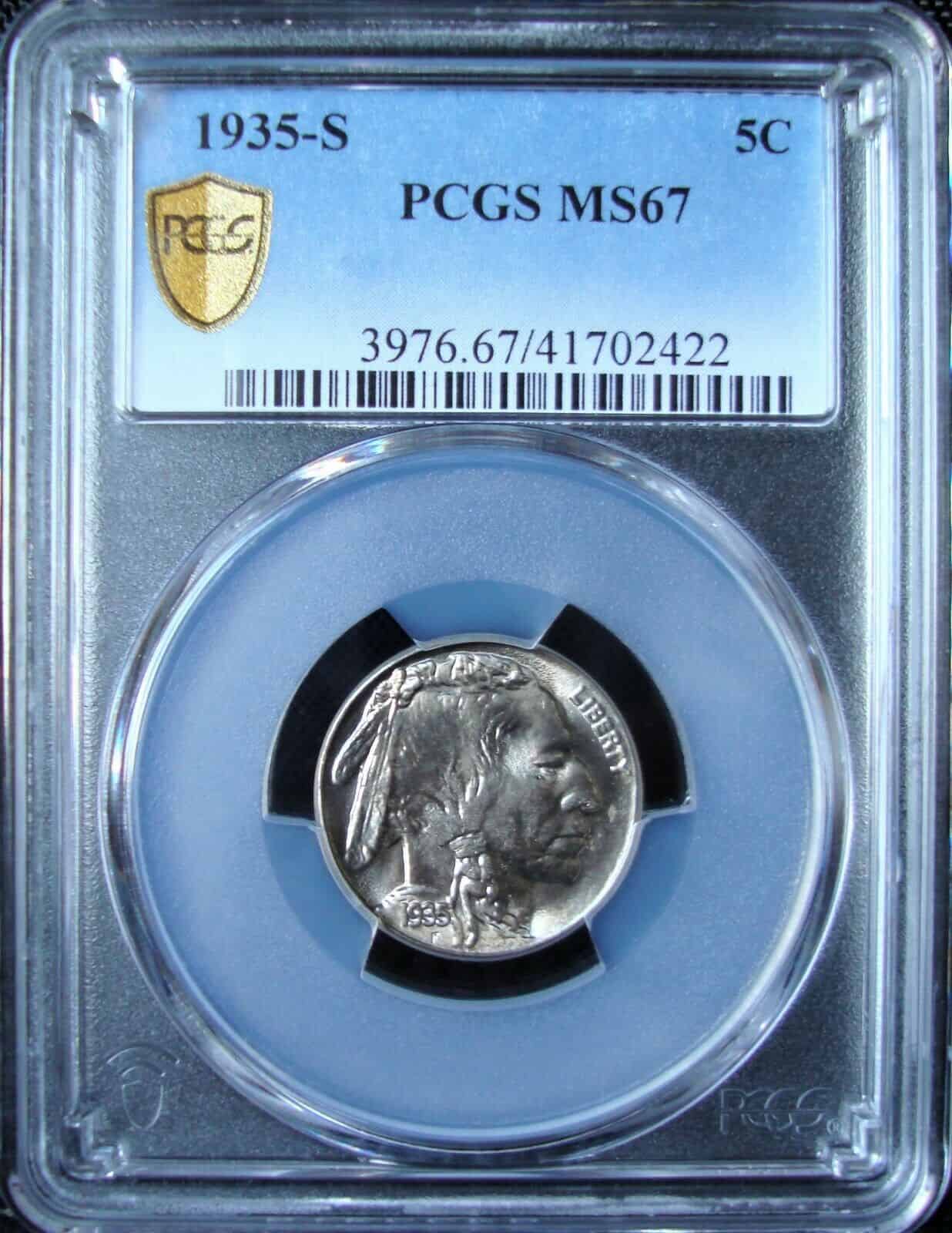 Fun fact – the silver half dime of 1792 was initially spelled as half disme, though the ‘s’ was silent. The first batch of 1,500 coins was made in saw-maker John Harper’s cellar. They were coined using melted silverware from the household of President George Washington.

Before the president ran out of cutlery, the US started selling coins abroad. These exports had the same psychological value as Spanish silver dollars, though the Spanish versions were heavier and contained more silver. These Spanish coins were then imported back to the US. 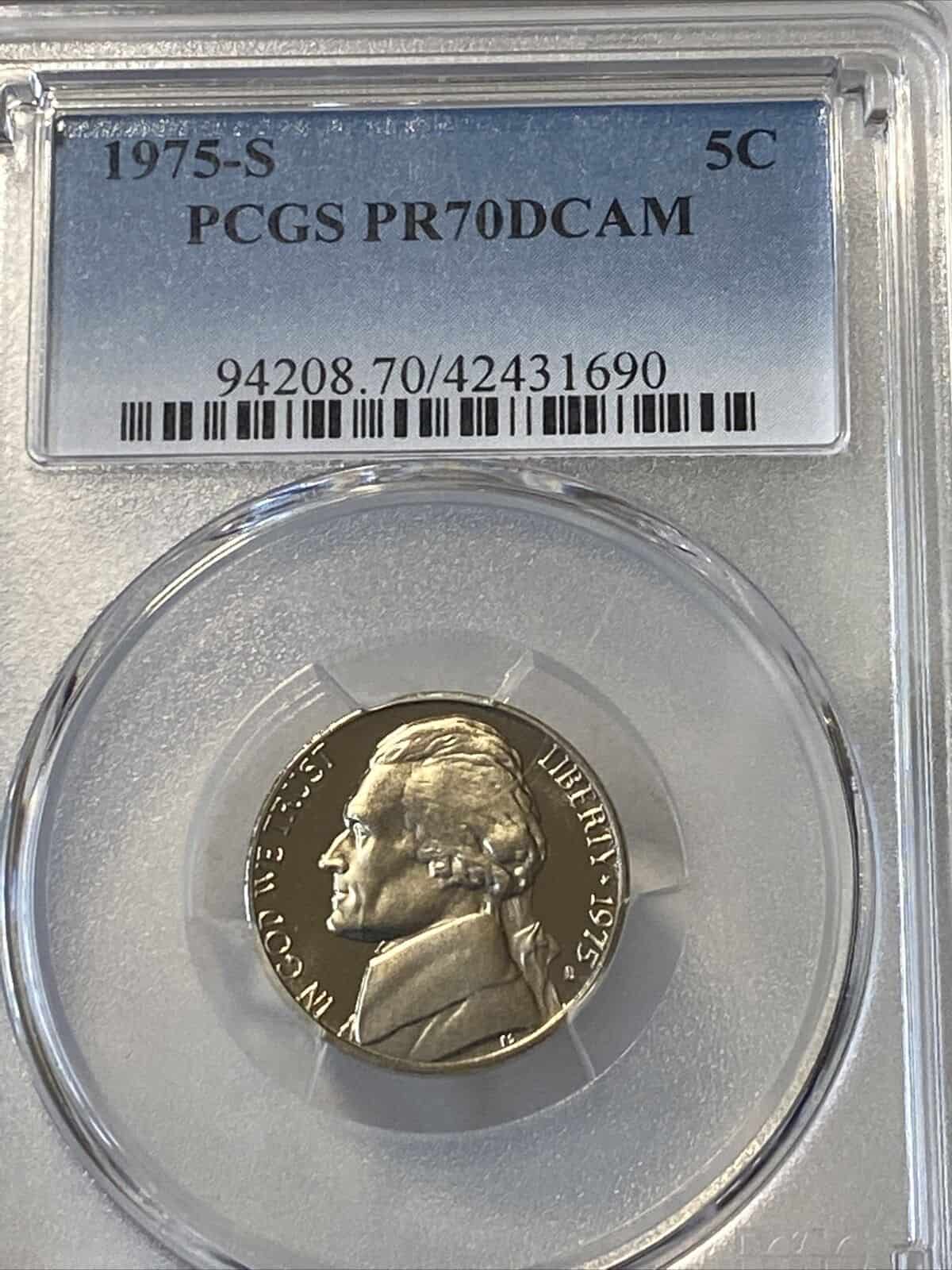 This simple strategy enabled savvy entrepreneurs to accrue ‘bullion’ in the form of Spanish dollars. They sold the Spanish coins to the Mint where they could be melted and turned into new silver for new coins, making a profit for the sellers in the process. It became a problem!

The US Mint stopped striking silver dollars and half-dimes to seal this loophole. Given the proven American tendency to stash silver coins as bullion (sometimes called silver stacking), war-time nickels – the ones with 35% pure silver – were only minted between 1942 and 1945. 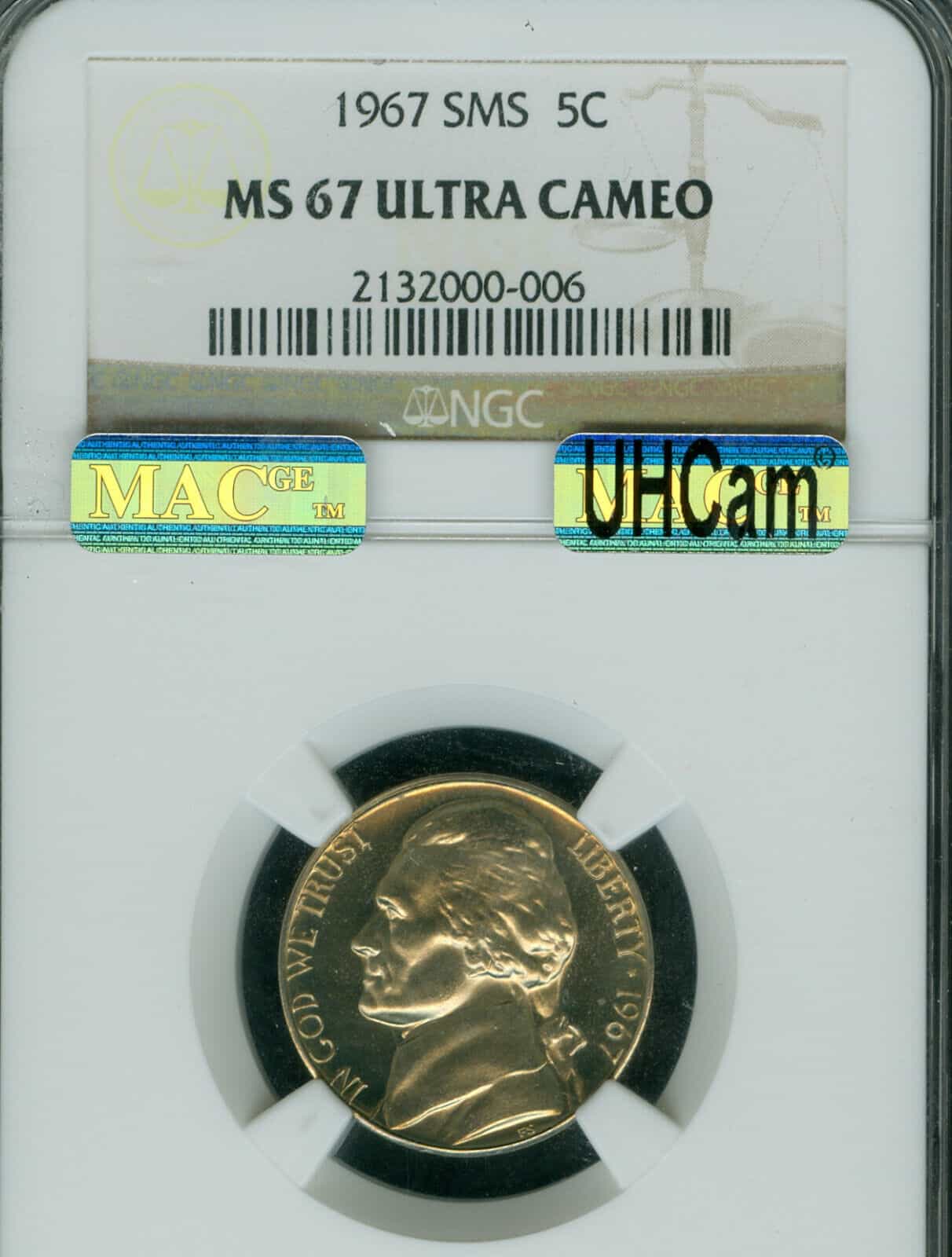 Like all coins, nickels with errors are worth a lot more in the resale market. Some mistakes are easy to spot and could earn you a few hundred dollars for your nickel. That’s a pretty sum for a coin with a face value of five cents. But some errors shoot coin value into the thousands.

Doubling errors can be valuable – that’s when the die is stamped twice. Wrong planchets are good too when the coin is minted on the wrong denomination blank. Look for years with low mintage. Because the Mint made fewer coins in those years, their rarity raises the price.

Do you own any valuable nickels? Tell us all about your treasure in the comments section!

The Most Valuable Nickels of All Time! https://www.youtube.com/watch?v=8FtBYOvaOtg

I have a few 1960 Nickels Is there anyone that can help meto see whatg they are worth?