Spot a penny, pick it up, and all the day, you’ll have good luck! This old proverb sounds cute, but if your name is Penny, you’ve heard it at the bar a hundred times! Right now, we’re not talking about thirst. We’re more interested in the most valuable Indian Head Penny, a 1-cent coin with Lady Liberty in a Native American headdress on the obverse. Let’s find out more! 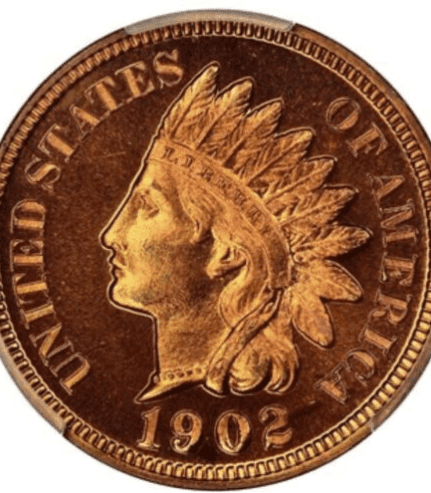 In case you’re unfamiliar, obverse is the technical term for the heads side of a coin. The tails side is called the reverse. The portrait or image is called the device while the background is called the field. The wording on the coin is described as the legend, or sometimes the motto.

You might get confused about the rim and edge. The edge is the side and the rim or collar is the raised border on the front or back of some coins. But let’s talk history for a moment. The Indian Head penny was coined from 1859 to 1909 and designed by James Barton Longacre. 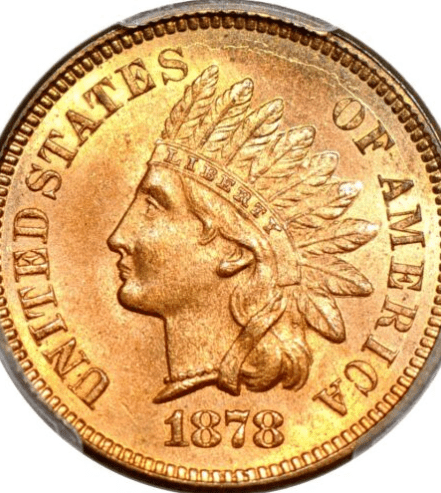 James Longacre worked at the Philadelphia Mint where he was the Chief Engraver. The coin he designed was initially 88% copper and 12% nickel. That was from 1859 to 1864. Before then, pennies were pure copper, and the addition of nickel gave the coin an odd white tinge.

These whitish coins were nicknamed ‘nicks’ or ‘white cents’. Afterward (1864 to 1909), they were made of bronze. Bronze is an alloy of copper + tin (as opposed to brass, which is copper + zinc). These newer bronze pennies were 95% copper and 5% tin with trace amounts of zinc. 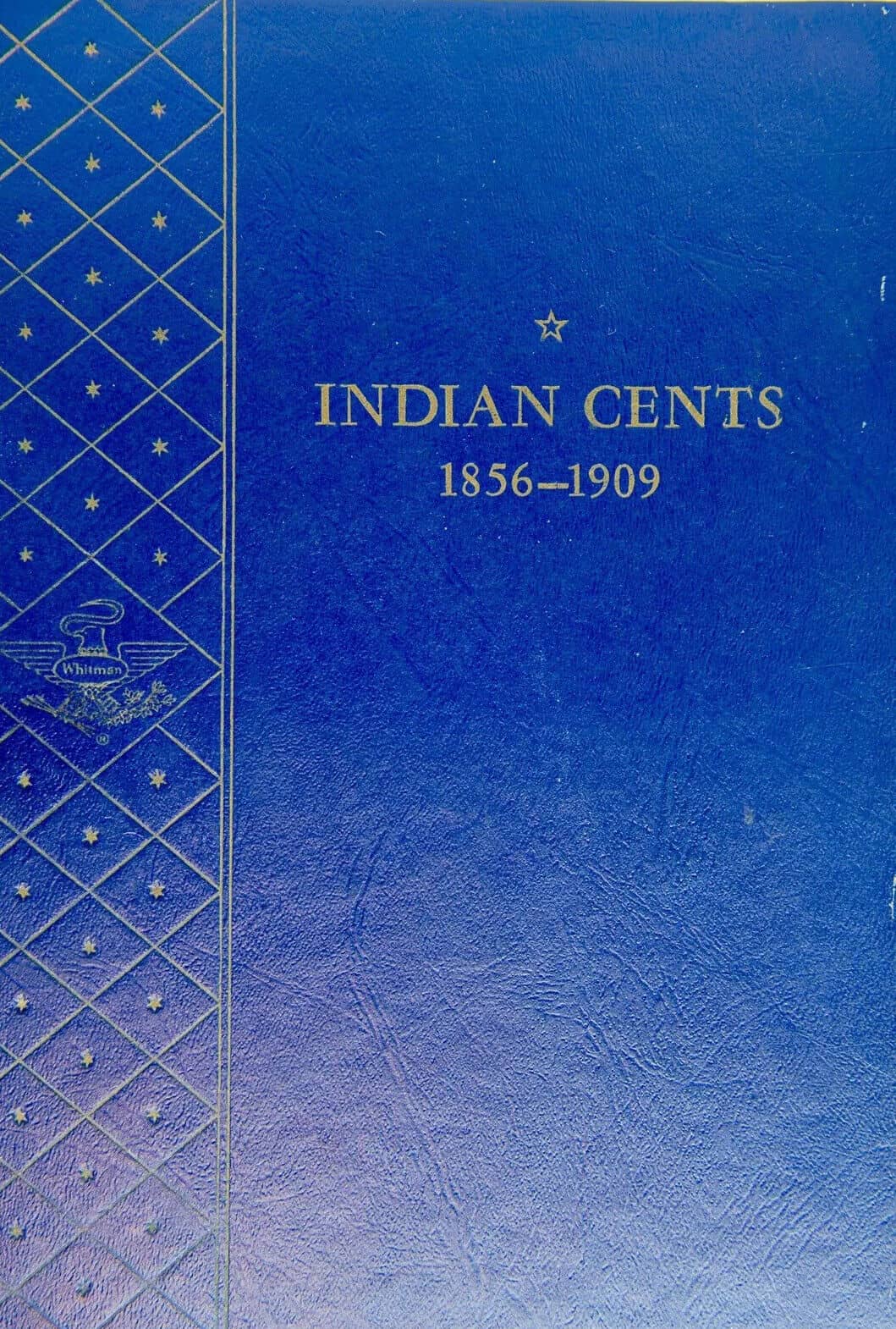 During the American Civil War (1861 to 1865), nickel was an important component of the war effort. It was essential for weapons and military equipment, so citizens hoarded pennies for their nickel content. This is partly why the US Mint changed the coin to bronze in 1864. 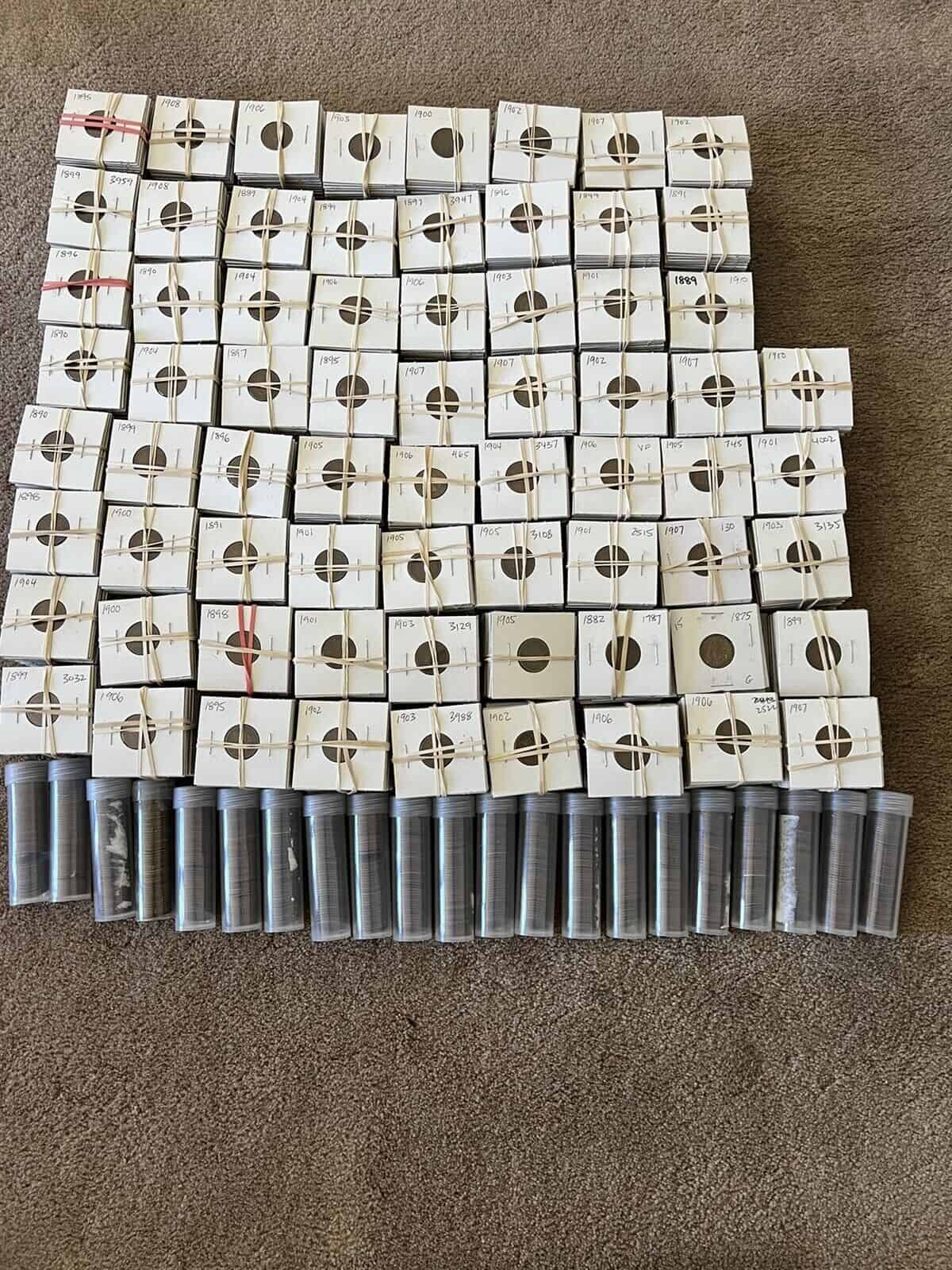 James Ross Snowden chose these reverse designs. The two James’ were respectively the Chief Engraver and the Mint Director, so they held a lot of sway. They decided that bronze pennies should be thinner with a slimmer edge than pure copper and/or cupronickel ones.

This idea came from bronze tokens and coins that private enterprises were using for personal transactions. They showed the Mint that there was interest and acceptance for bronze coins in trade. In 1909, Victor D. Brenner designed the Lincoln Cent to replace the Indian Head. 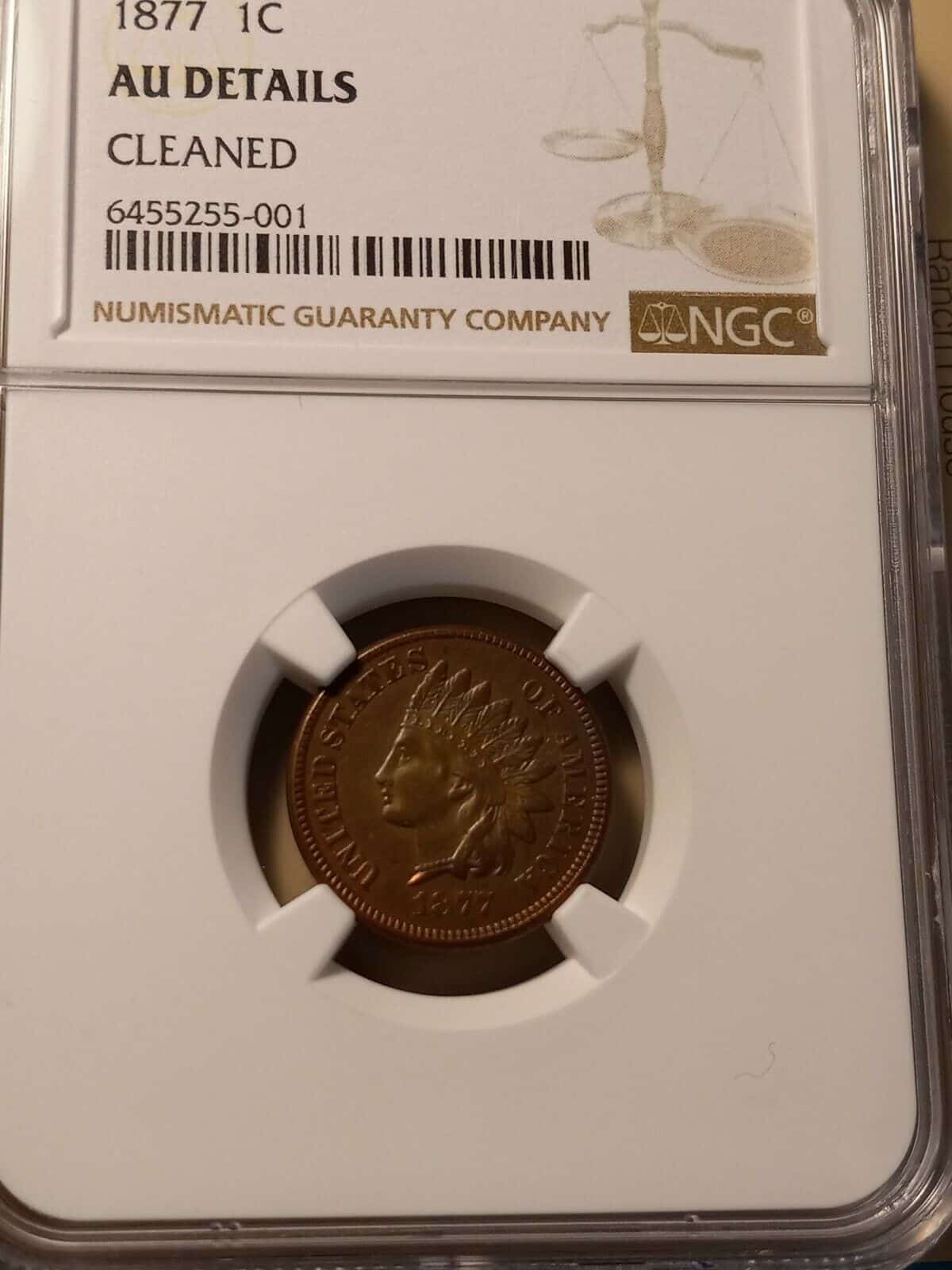 Technically speaking, the Indian Head penny was first crafted in 1858, but it wasn’t formally minted until 1859, hence the discrepancy in the dates. The rarest year for Indian Head cents was 1877. The economy was so bad that few people had any cash and coins were worthless.

Look at it this way. In 1850, you could get a loaf of bread for a quarter, so a penny could maybe buy one slice. By 1877, you couldn’t even get candy for 1c so nobody wanted the coins and very few were minted. This rarity essentially means 1877 pennies make good collectibles. 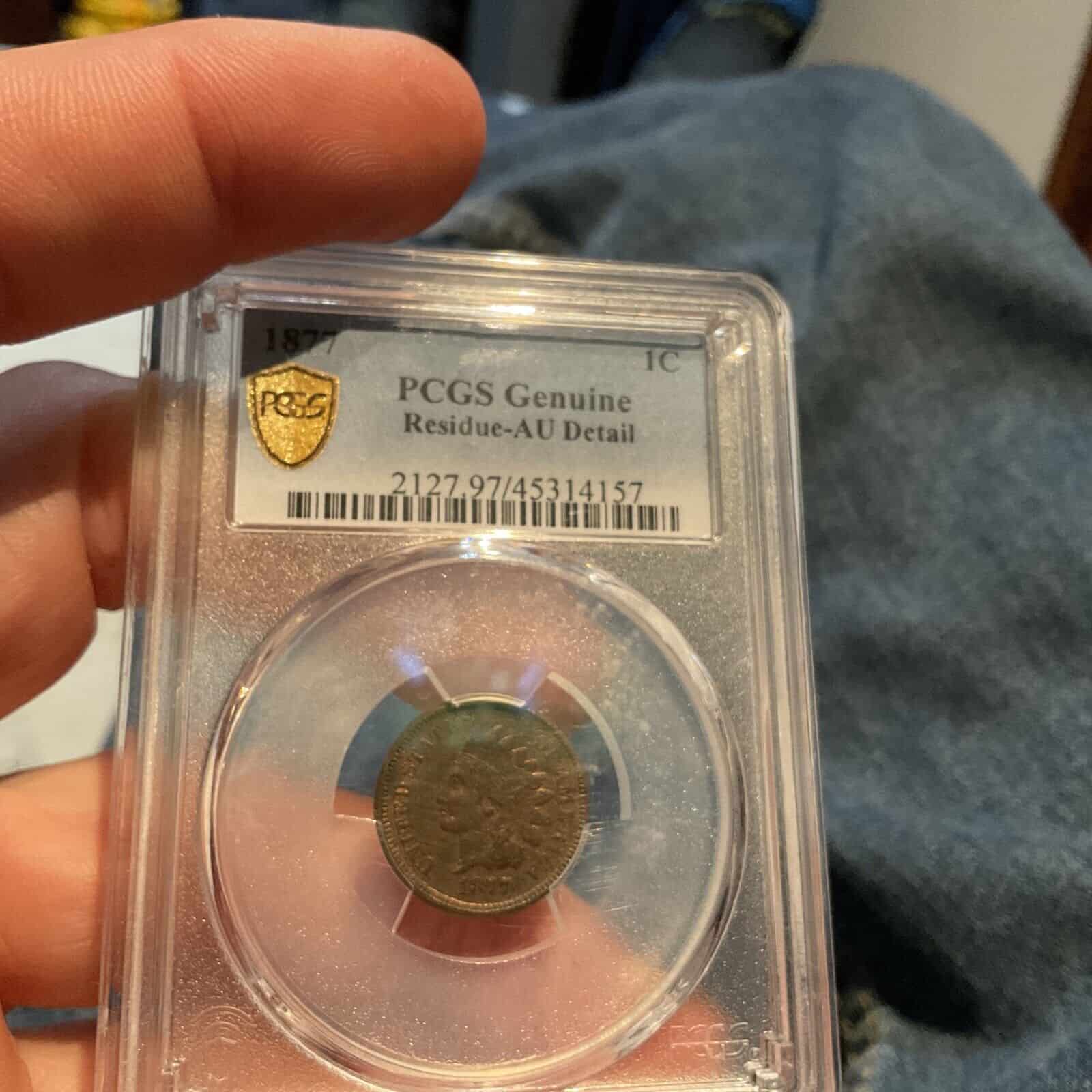 In the early days, the melt value of a coin was expected to be the same as its face value. This means if you melted the coin, you could sell the resulting metal for the same amount as the denomination of the coin. So a melted penny would have the same price as an intact penny.

That said, only gold and silver counted as legal tender. So citizens could trade in copper coins at home, but if they needed to deal with the bank, pay licenses, or trade with the government, copper coins weren’t acceptable. Basically, you couldn’t pay your taxes or permits in pennies. 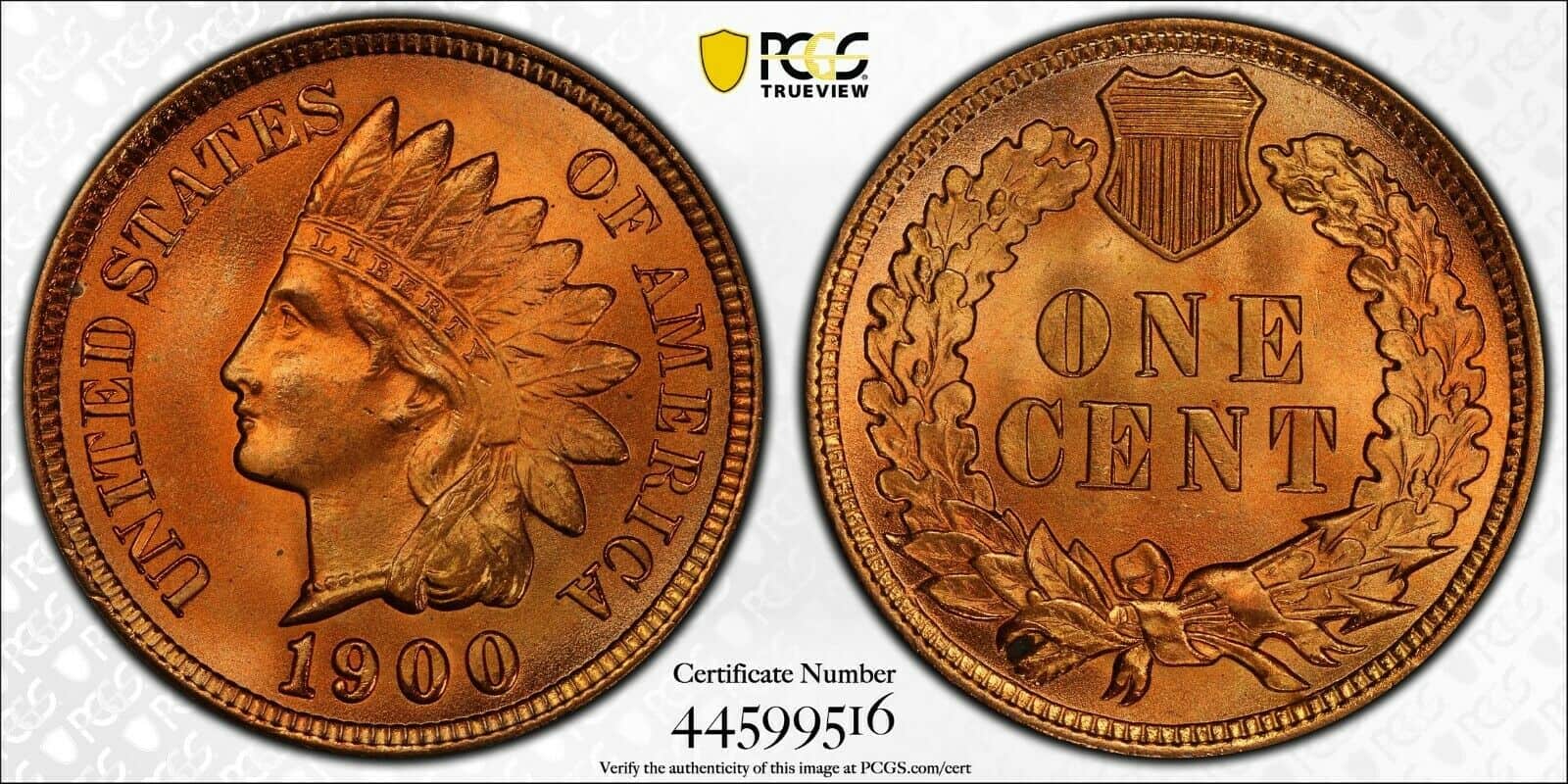 You might think this is simply a matter of practicality – imagine paying $5 in pennies! But it was more of a legal thing. You’d have to swap your 1c copper coins into gold or silver worth $5 before you could buy anything in government offices. That was fine until copper shot up.

The gold rush of the 1850s messed with supply and demand, so the cost of copper started to fluctuate and got volatile. This effectively cut into the profit margins of government offices and banks that had to swap copper coins for silver or gold when they traded with the public. 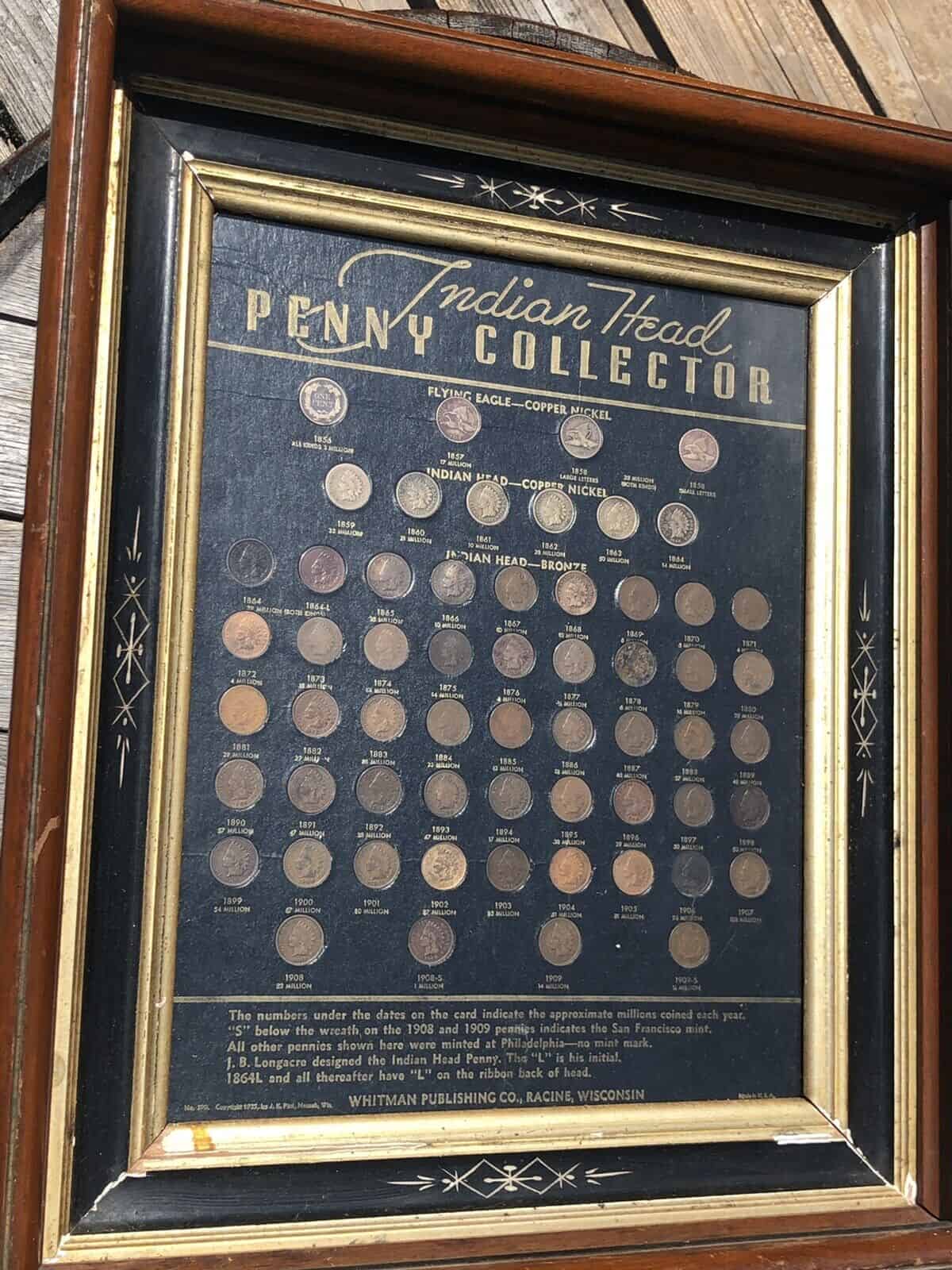 Initially, the US Mint could profit by making the face value slightly less than the melt value. They could do this by making thinner or smaller coins, or by adding a cheaper metal to make affordable alloys. But as the price of precious metals rose, melt value surpassed face value.

Whenever this happened, people would hoard coins for their melt value, and the Mint would respond by minting more coins and/or changing their metal composition. It’s why the 1857 cupronickel coin was smaller – copper became more expensive so they had to use less of it. 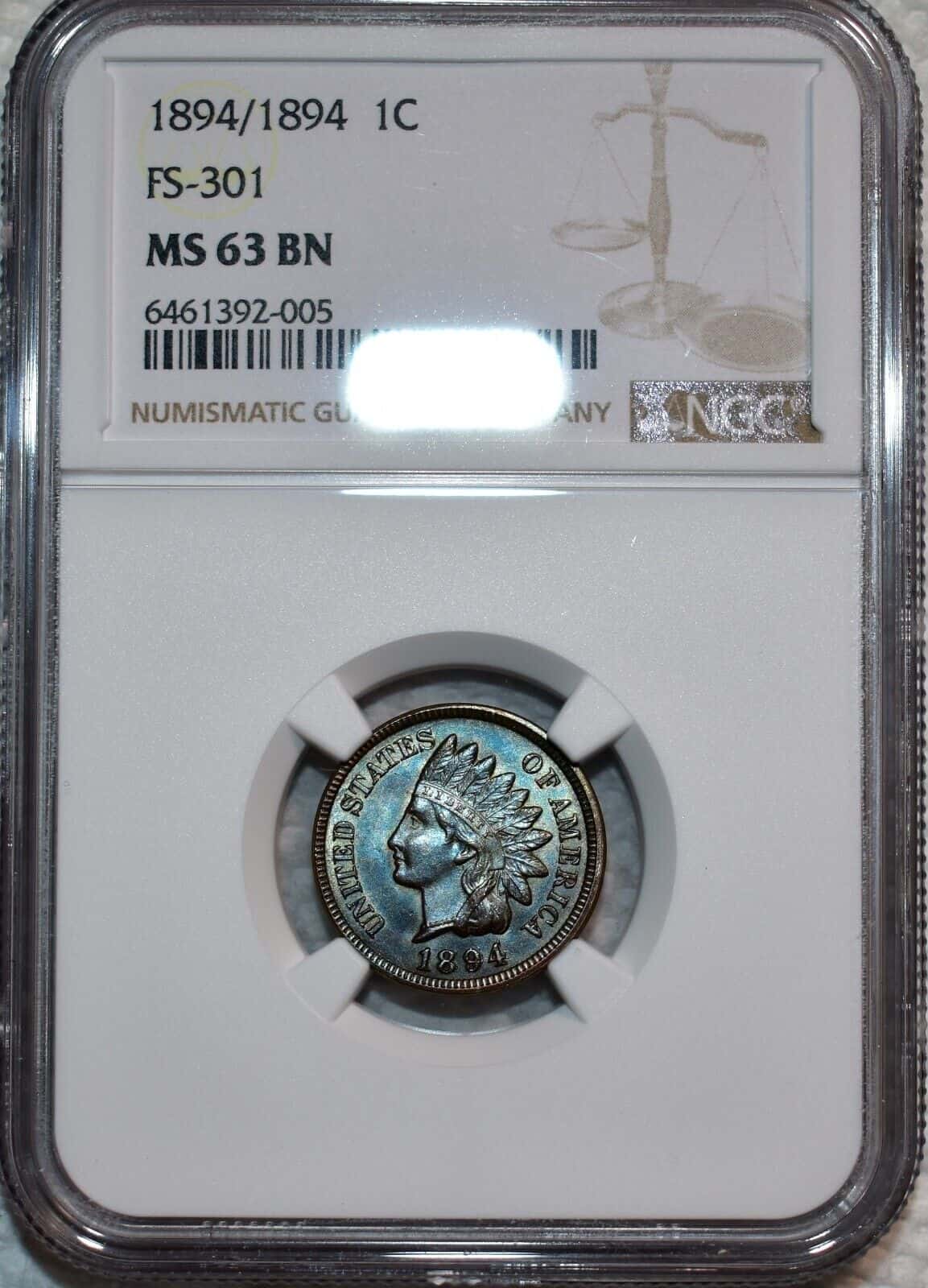 The Flying Eagle penny was designed by James Longacre, the same guy that made the Indian Head penny. He submitted a dozen pattern coins to his boss, the other James (Snowden). A few of these early designs were bought by high-ranking numismatists straight from the Mint.

When you heard the phrase Indian Head Penny, you probably assumed it featured a Native American chief. But the obverse is a portrait of a lady, and rumor has it this version of Lady Liberty wore the face of James Longacre’s daughter, Sarah. James denied this legendary tale. 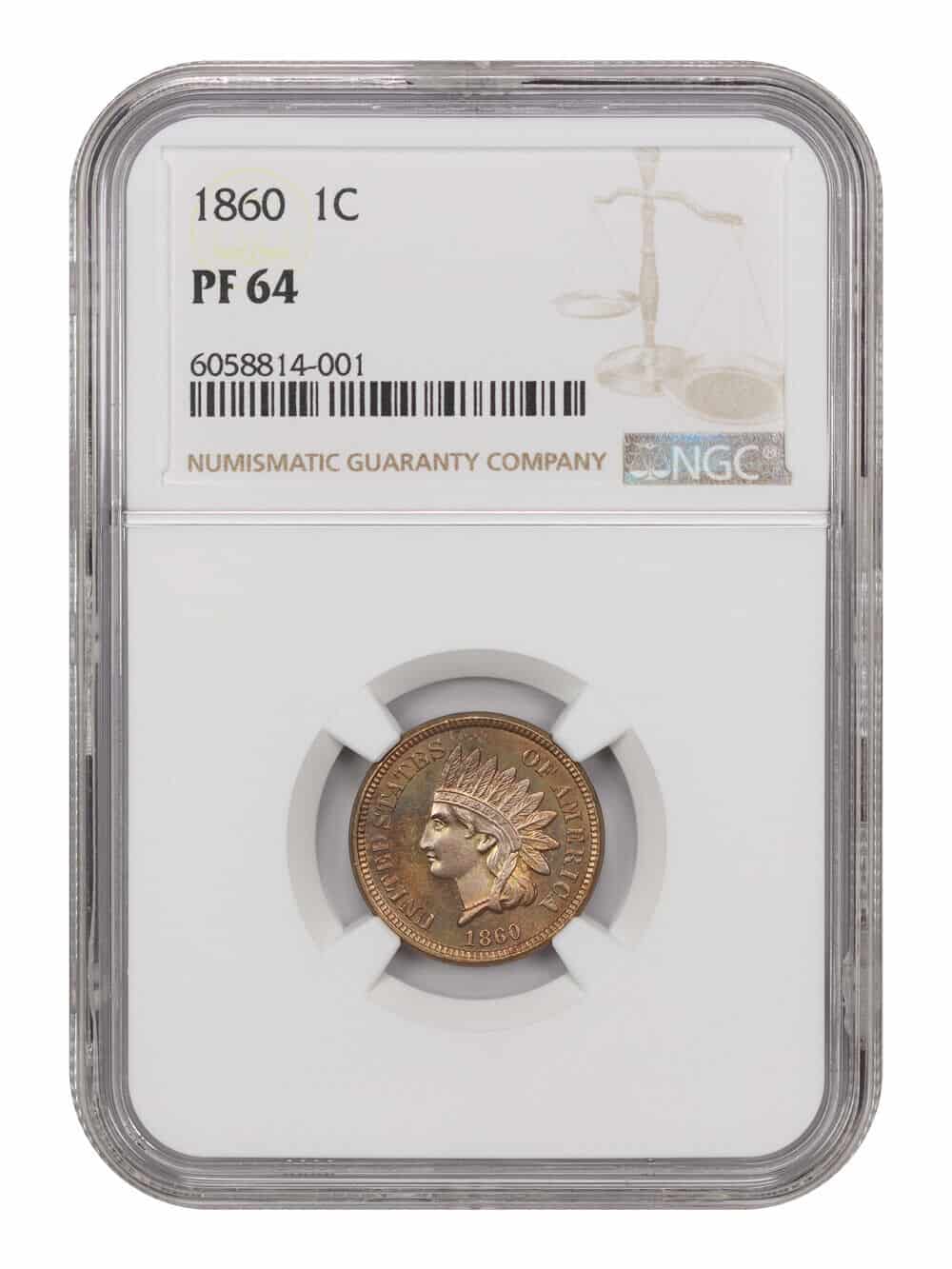 As the story goes, a 12-year-old Sarah visited her dad at work and bumped into a Native American delegation. She playfully tried on their ‘hats’ and her dad made a sketch of the cute image. But as James confirmed, Sarah was 30 and married, so this incident never happened.

Instead, James said he modeled Lady Liberty on Crouching Venus. He chose the Native American headdress because the seeds of the Civil War were already in the air, and he felt the alternative – a Phrygian cap – represented emancipation rather than independence. 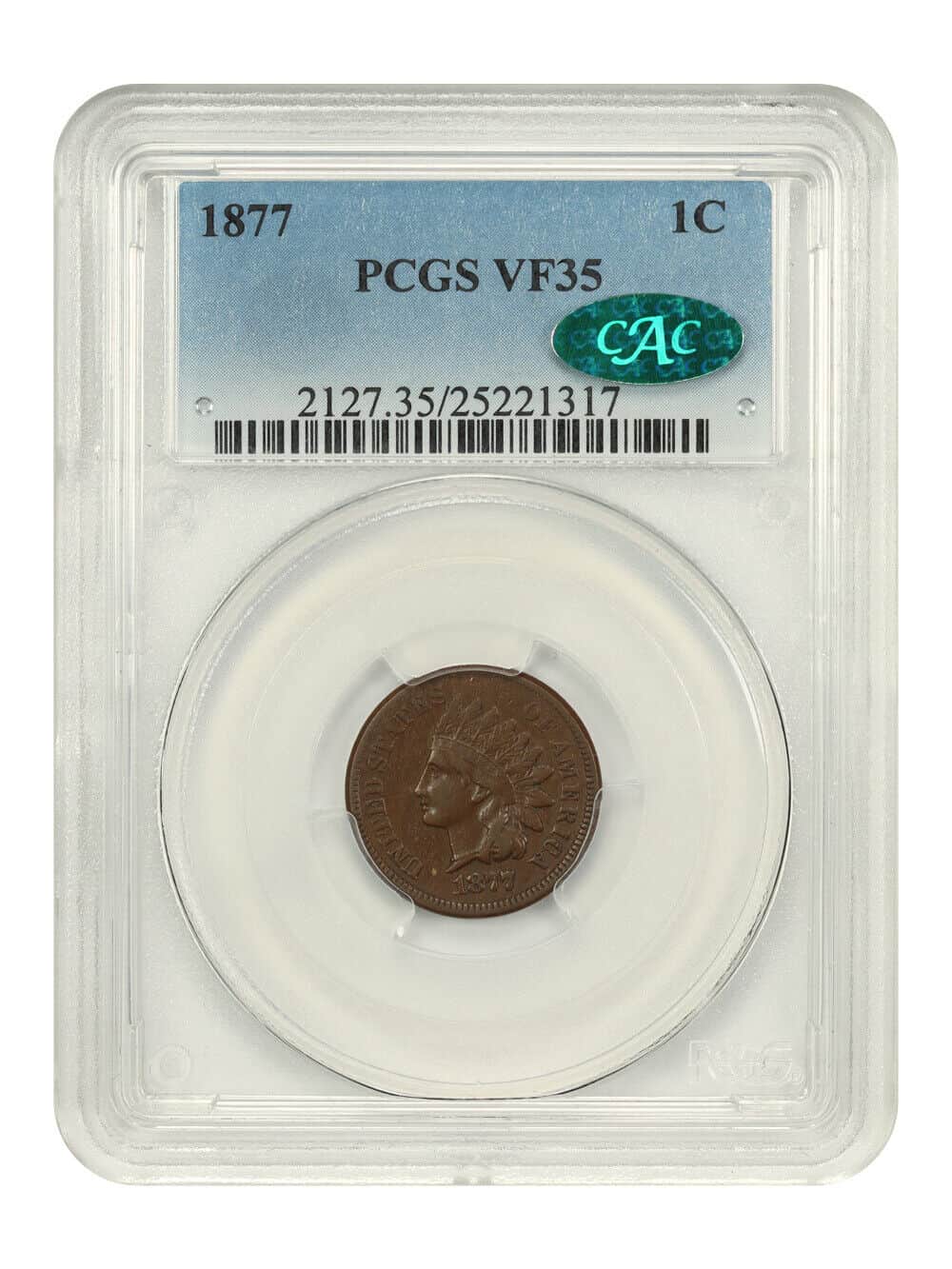 Why do people think Sarah is the face of Lady Liberty on Indian Head pennies? It’s probably because her dad was a habitual artist, so he sketched her quite regularly, and these drawings looked a lot like the portrait on the coin. But that was just his style, and he denied the theory.

It’s also interesting that while we assume the portrait is a Native American chief, it actually shows a white woman wearing a man’s indigenous headdress. On the device, her features are distinctly female and clearly Caucasian. This was considered controversial in certain circles. 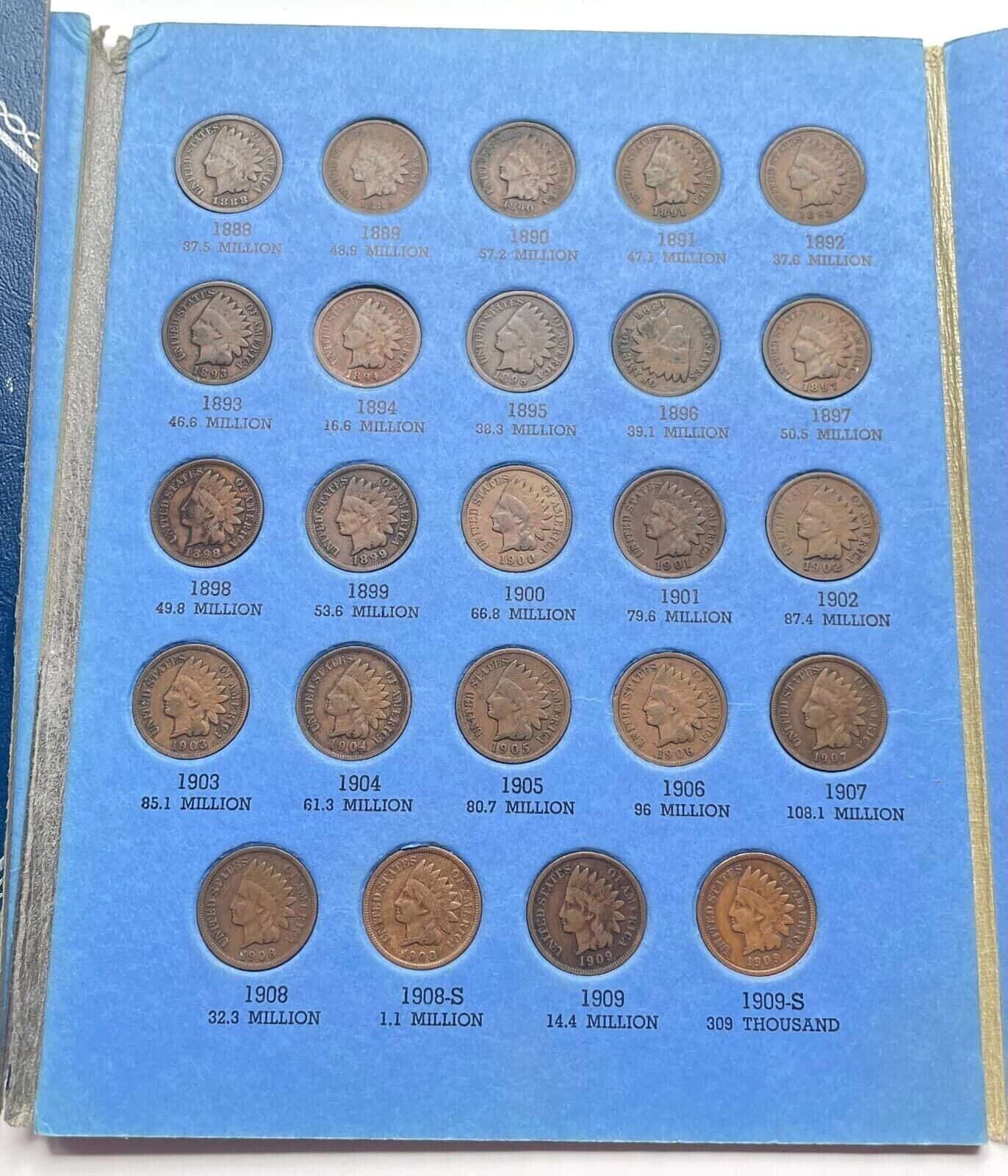 Curiously, while the authorities and scholars put down the design choices on this coin, the public loved Indian Head pennies. They’re among the most popular American coins ever minted, both for commercial use and for collectors. These coins were 19.05mm in diameter. 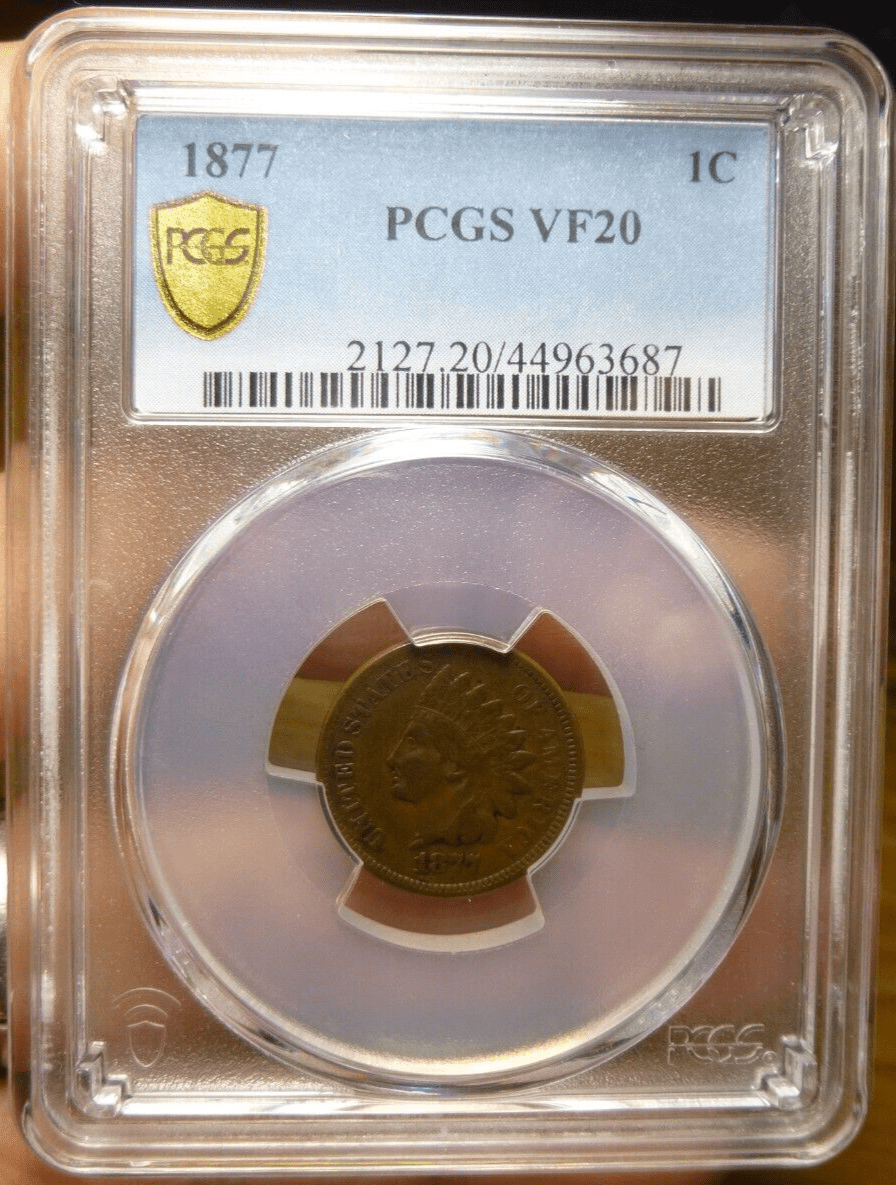 A pattern coin is a kind of stencil or template for design approval. Pattern coins are never meant for sale or circulation, so the 1858 pattern coins had 5 leaves and are quite rare. The 1859 coins that were eventually released had 6 leaves per bunch on their laurel wreaths. 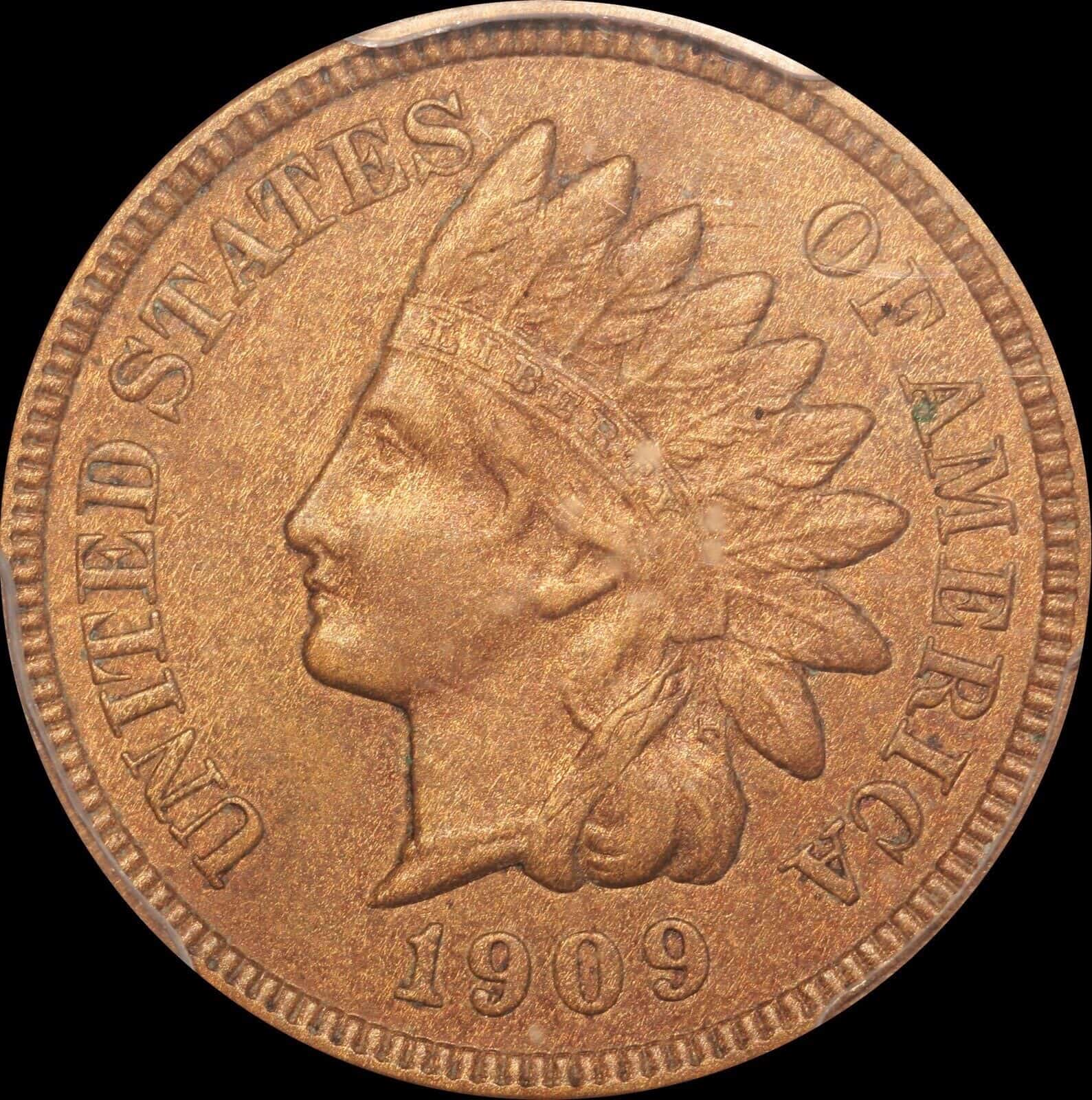 Similarly, the pattern coins from 1859 ended up being coined in 1860. And those 1860 coins had an oak wreath on the reverse instead of a laurel wreath, with each bunch having 6 leaves. The earlier coins have a pointed tip at the neck while later coins have a rounded neck tip.

Previously, coins were made of gold or silver and their melt value was close to their face value. But as precious metal prices shot up, the Mint switched to base metal alloys. These weren’t worth face value, but the public accepted them for convenience and easy change. 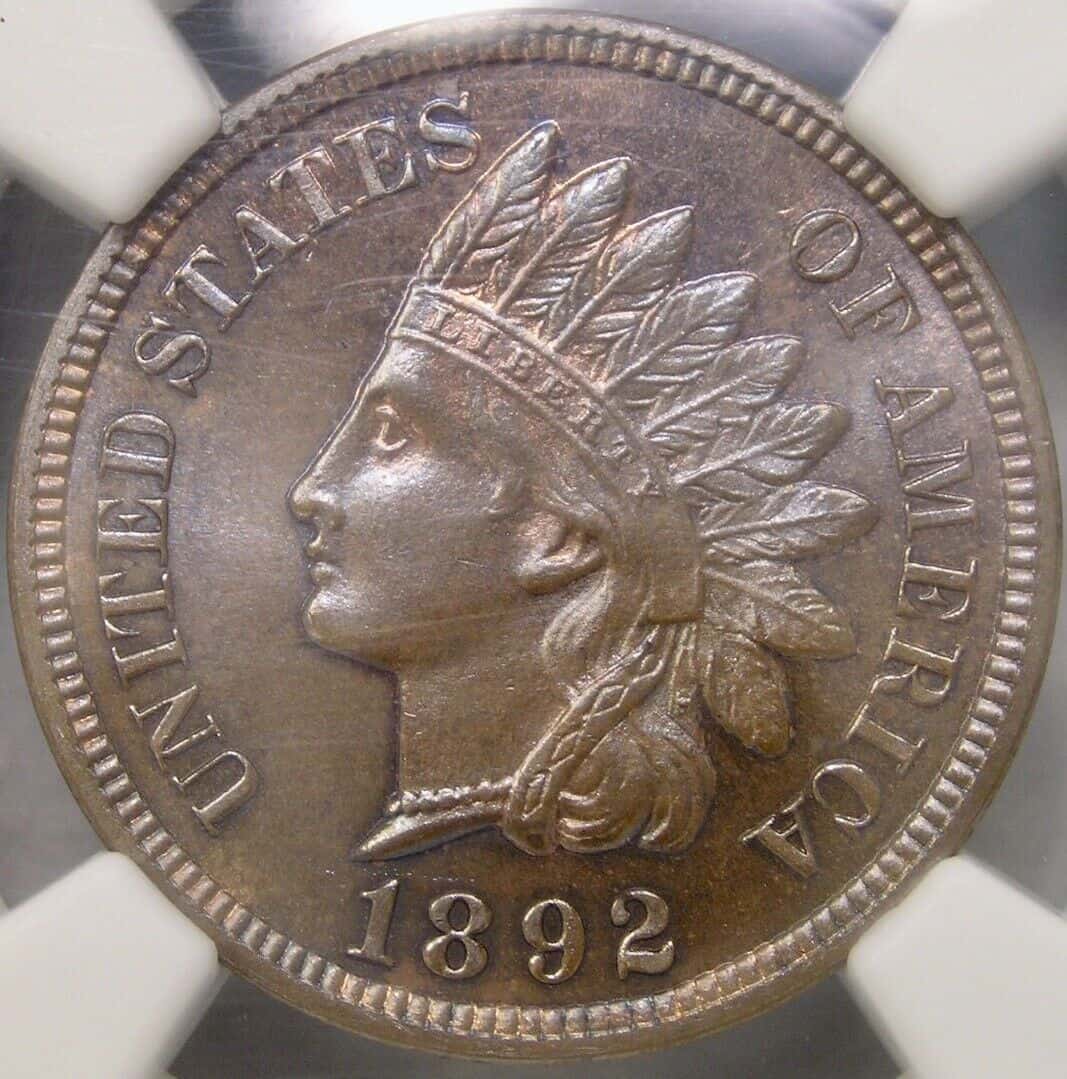 Do you have an Indian Head penny with an L on it? The L is for Longacre. At some point, he added his initial to the coins. He made this change somewhere in 1863, so you can find L pennies starting 1863 and 1864. Also, that 95% to 5% ratio was known as French bronze.

When the Indian Head and Flying Eagle pennies were first coined, the government didn’t officially make them legal tender. So you could trade with them but nobody was obligated to accept them. As a result, lots of these coins were hoarded by the public, causing shortages. 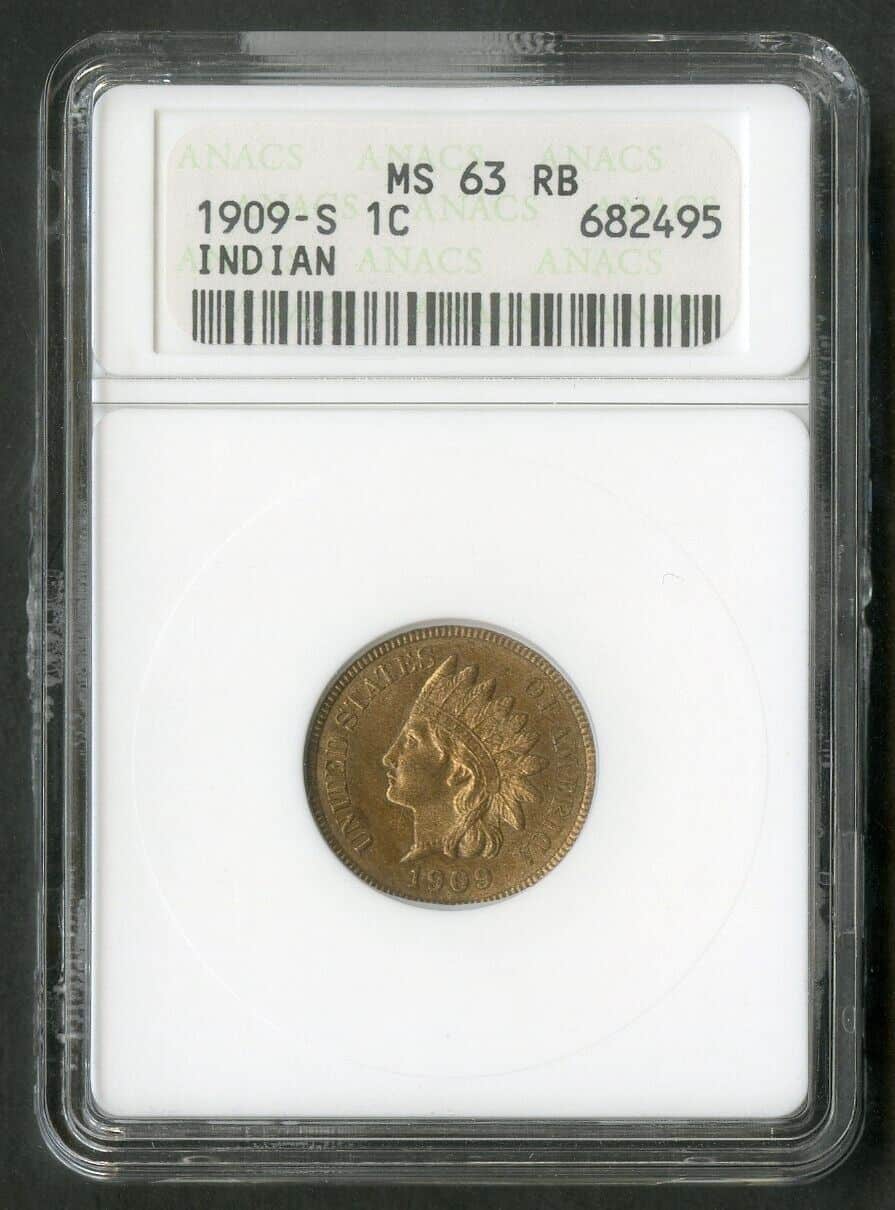 In 1871, the government passed an Act that allowed the public to trade their pennies to the bank in minimum batches of $20. That’s how many of the coins ended up back at the mint where they were melted down and recycled. +30 million 1c coins were redeemed this way.

Here’s a fun fact – because the economy was in flux, the government started making Indian Head penny dies without their year of mintage from February 1885 to 1886. That way, when demand for coins rose, they could add the date retroactively, effectively backdating the coins. 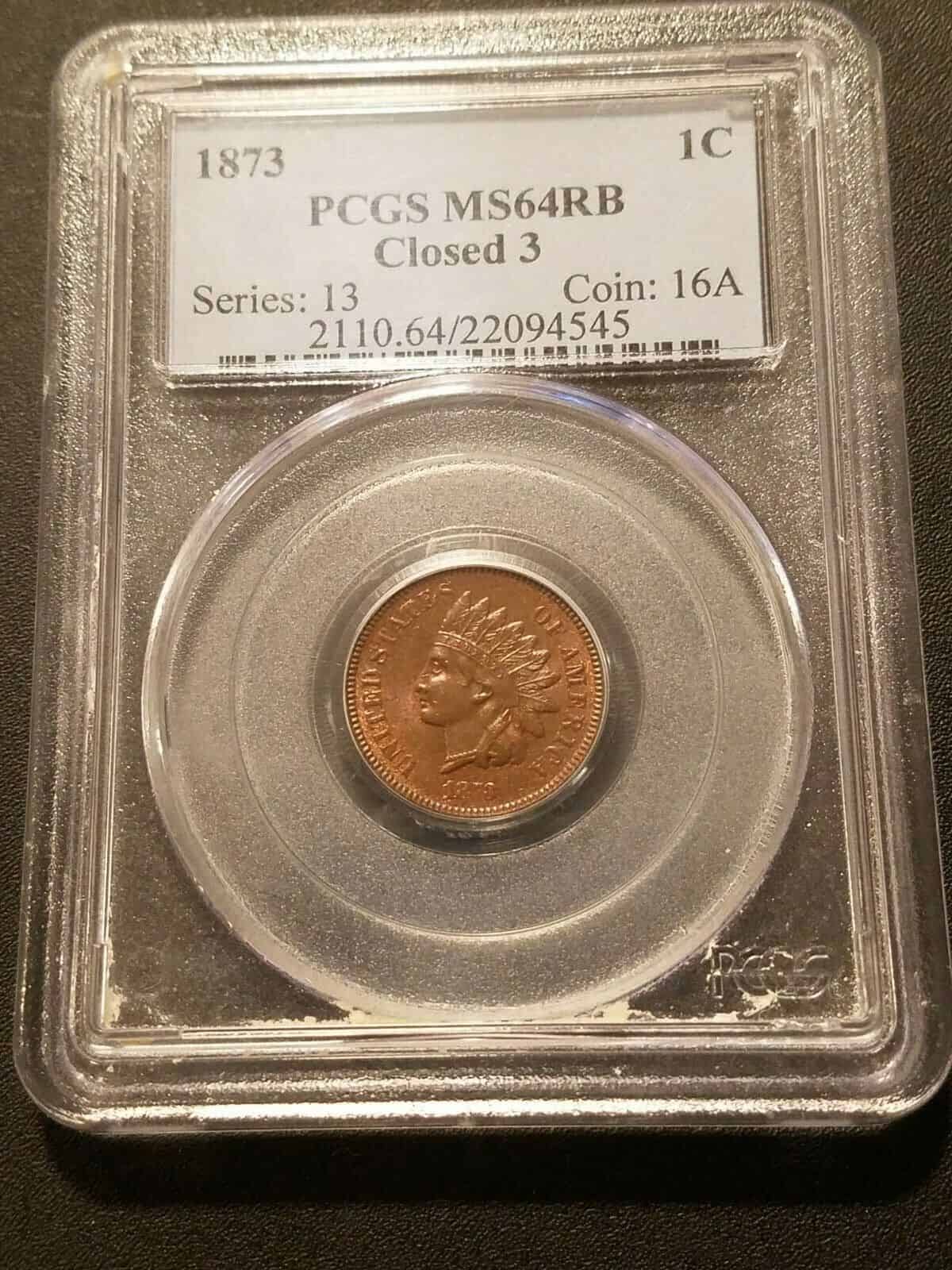 During the period when the US Mint had dies but no coins, the Chief Engraver was Charles E. Barber. He made a few tweaks to the design of the Indian Head penny. This means coins from 1886 had two varieties. The originals were Type I and the backdated ones were Type II.

Type I coins are far more common than Type IIs, which means Type IIs fetch a better price in the resale space. Of the +17M coins marked 1886, about 14M were Type Is and the rest were Type IIs. The Mint also coined slightly more than 4,000 proof coins, mostly Type Is. 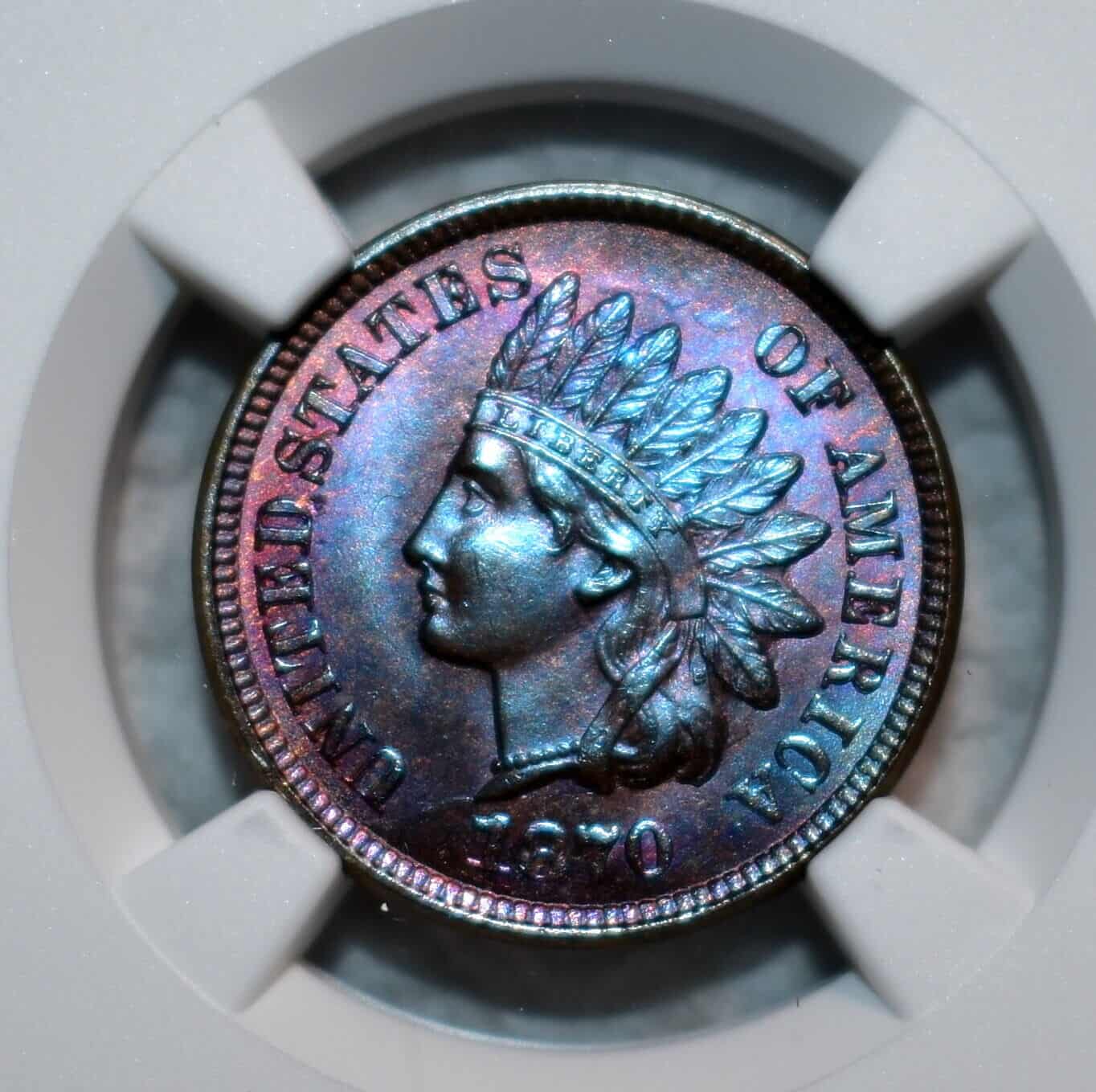 Before 1806, coins could only be minted in Philadelphia, which means they had no mint marks. But in 1908 and 1909, coins could legally be minted in San Francisco. But this was the final year for Indian Head pennies, so the change didn’t make a difference, pun intended.

While the Indian Head cent was popular with the public, some of the elite classes felt the designs weren’t sufficiently artistic. President Theodore Roosevelt was one of these critics and hired sculptor Augustus Saint-Gaudens. Unfortunately, Augustus died before finishing. 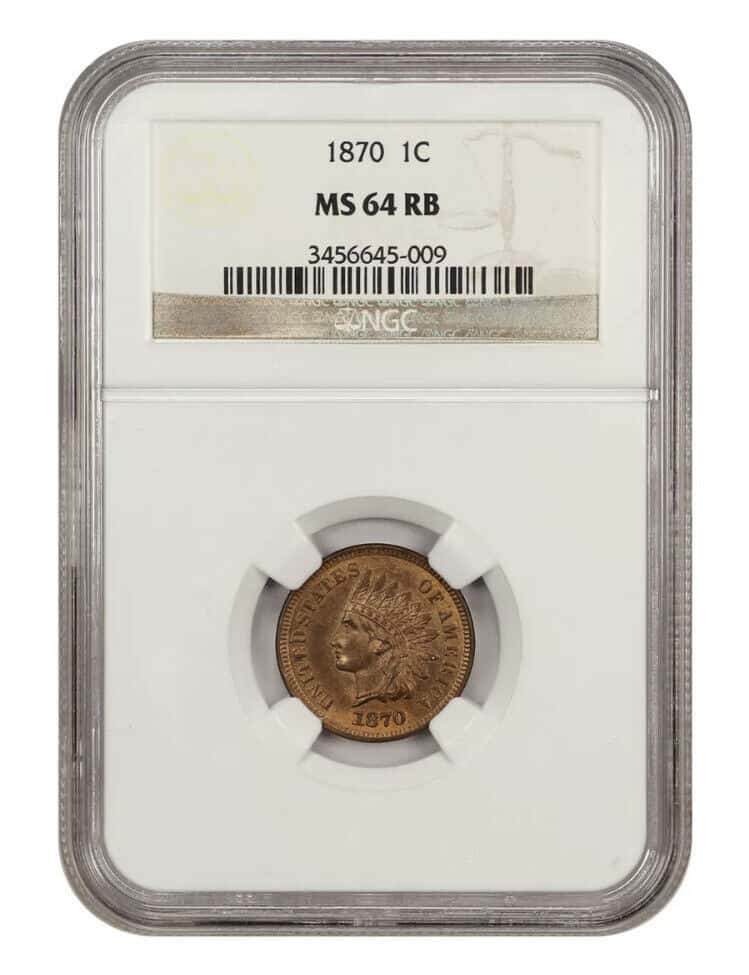 The artistic taste of the 26th US President is what ended up phasing out the Indian Head penny. Teddy Roosevelt received tons of letters requesting Abraham Lincoln to be honored on a coin. Lincoln was the 16th US President and 1909 would have been his 100th birthday.

So President Roosevelt approved a 1-cent design by Victor David Brenner, and that’s how Lincoln ended up gracing the penny. He was the first human to appear on a coin. Before that year, coins had generic facial features and sculptures that personified the concept of liberty.

Do you own any Indian Head pennies? Tell us about your treasure in the comments section!