The 1918 Lincoln wheat pennies made to commemorate the centenary of Abraham Lincoln’s birth belong to the highly collectible first series. The US Mint produced the first coins in 1909 and has continued with their minting until today with changed reverse.

Even though the 1918 penny value is often modest, coins minted that year are old and rare enough to be valuable for collectors. Despite high mintage almost every year, the Lincoln cent series is one of the most desirable among collectors.

History of the 1918 Lincoln Penny

The first Lincoln wheat pennies’ production started in 1909, and the minting lasted until 1958 when coins with the new reverse replaced them. The 26th American President, Theodore Roosevelt, wanted to redesign existing American coinage.

Therefore, he asked Augustus Saint-Gaudens to finish that task. Unfortunately, the sculptor passed away before completing the new penny design, and sculptor Victor D. Brenner got his chance.

Since Americans were dissatisfied with his oversized initials, the US Mint quickly started minting coins without them. After nine years of minting, the 1918 Lincoln penny was the first with designer initials. This time, they were smaller and struck on the coin obverse.

Features of the 1918 Lincoln Penny

The obverse of the 1918 Lincoln wheat penny 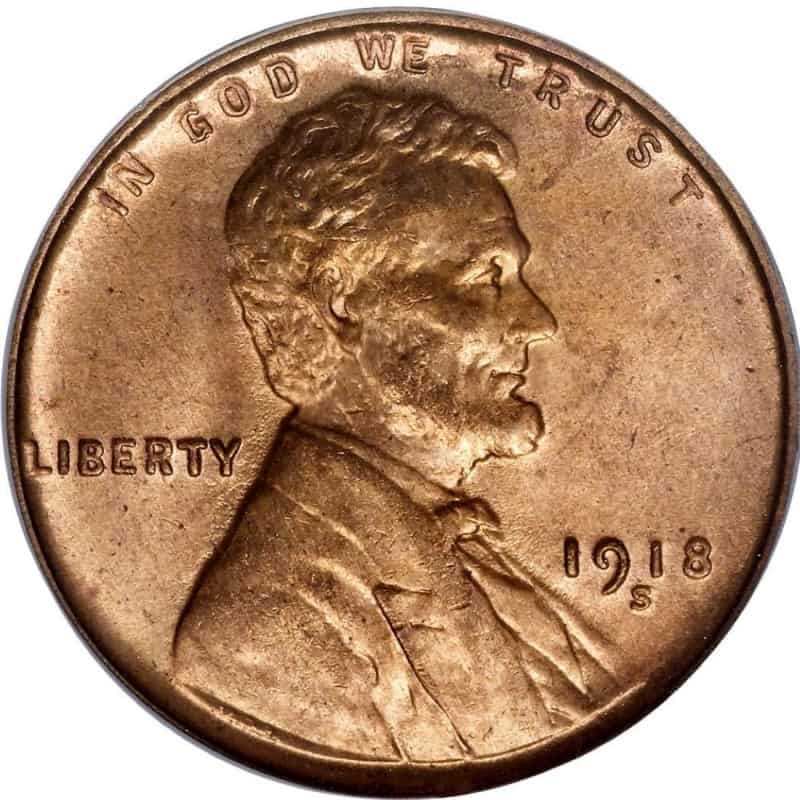 The 1918 Lincoln wheat penny obverse includes the President’s image in the center with the word LIBERTY and the DATE on the left and right sides. The motto IN GOD WE TRUST is placed on the top rim.

The reverse of the 1918 Lincoln wheat penny 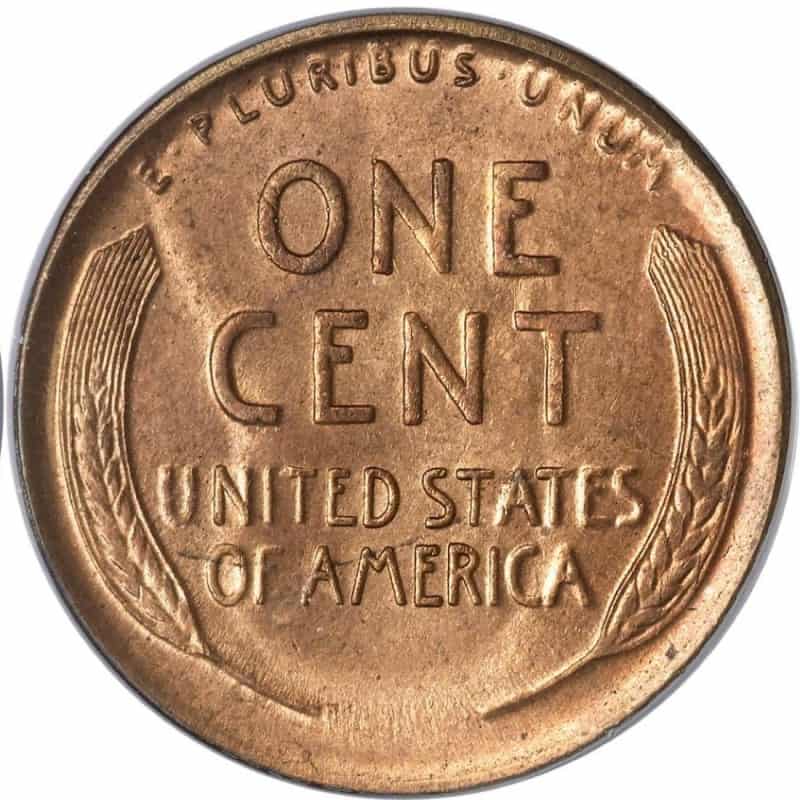 The elegant coin’s reverse is simple and includes two wheat ears along the side edges. The center is reserved for capitalized words UNITED STATES OF AMERICA and ONE CENT, while the required saying E · PLURIBUS · UNUM is placed along the top rim.

Other features of the 1918 Lincoln wheat penny

The mintage of 370,614,634 Lincoln wheat pennies in 1918 was relatively modest, but that didn’t affect their value. Since most of these one-century-old coins are significantly worn out, only a few well-preserved pieces are costly. Most serious collectors even don’t consider specimens in circulated condition collectible

The Philadelphia mint produced the highest number of Lincoln wheat pennies in 1918. In fact, 288,104,634 minted coins represented two-thirds of the total mintage that year. Therefore, you can expect those pieces to be inexpensive, particularly those with brown toning in low grades.

For instance, one such coin that spent years in circulation costs $0.15 to $11, while those in the mint state are only slightly more expensive. Most of these pennies are worth $10 to $210.

Relatively rare red-brown-toned pennies struck in 1918 rarely cost more than $20 to $325 each, and it is impossible to find such a coin in the highest grade.

On the other hand, sharply struck pennies with a beautiful red toning are sought after among collectors. Even though you can find these pieces for $80 to $960, those in the highest grades are expensive.

However, be prepared that only slight details make a difference between a cheap coin and the one worth an impressive sum of money. For instance, you should set aside $2,200 to $3,000 for the 1918 MS 67 Lincoln wheat penny. The mint in Denver produced 47,830,000 Lincoln pennies with the struck D letter in 1918. Collectors appreciate these coins because anyone can have them regardless of budget and experience.

Brown pieces in lower grades are budget-friendly, and you can find them for $0.50 to $450, depending on your wishes. On the other hand, red-brown specimens are always better-rated and typically cost $150 to $4,000. With 34,680,000 minted Lincoln wheat pennies, the San Francisco mint had the lowest mintage in 1918. Most preserved coins are worth $0.25 to a few thousand dollars nowadays. Their price depends on the color of each particular penny and its grade.

As always, the most precious is red pieces in the highest grades, which come in a price range of $475 to $6,000. However, some of these pennies can be a real surprise at auctions and reach unexpectedly high prices. For instance, one collector paid $37,950 for the 1918 S MS 65 RD Lincoln wheat penny in 2007.

As always, the 1918 Lincoln penny wheat errors are valuable coins and often reach higher prices than regular ones.

Error pennies come with an off-center in different percentages, and their price always depends on this feature. In most cases, you can expect to pay approximately $20 per piece. Only pieces with an error exceeding 50% can be worth hundreds of dollars.

When the die is damaged or old, all coins made on it have bumps on the surface. Many collectors like these pennies and are prepared to pay them $10 to $20. The rule of thumb is that the price is higher when the error is more significant. Finally, be prepared to pay over $100 for a specimen with a die cud.

This atypical feature on some old Lincoln wheat pennies significantly affects their price. For instance, the coin produced in 1918 in high grade with a sizable lamination is rare, but its price is reasonable, making such a piece affordable for most collectors.

This error typically appears during metal alloy melting and mixing. When any problem occurs during that process, the result is a coin with lamination flakes and splits on the surface.

Keep in mind that coins with a lamination error can be valuable and collectible only when Lincoln’s image and the date are entirely preserved.

The Lincoln pennies produced in Denver and San Francisco sometimes come with this error type. It appears when the working die punches the mint mark twice or sometimes thrice. Collectors like such coins and are prepared to pay them $5 to $20.

FAQ about the 1918 Lincoln Penny

What makes a 1918 Lincoln penny rare?

A few features affect the 1918 Lincoln penny rarity, including the grading, color, and mint mark. Since you can’t find significant and expensive errors among coins struck this year, you should look for red-toned pieces with the highest possible rating when looking for unique and valuable specimens.

Which 1918 Lincoln penny is worth a lot of money?

What is the price of the 1918 No Mint mark Lincoln penny?

The price of Lincoln penny from Philadelphia varies, depending on the color and preservation level. Pieces with less pleasing colors and lower grades are typically worth $0.15 to $210, while those with an impressive red toning can cost $55,000 to $65,000 in an MS 68 grade.

What is the most valuable Lincoln wheat penny?

In 1943, the US Mint replaced copper Lincoln pennies with steel coins because of WWII. However, the bronze alloy returned the next year, making pieces with the 1944 date rare. One of these steel coins produced in San Francisco was paid an impressive $408,000 in 2021.