You can find several Lincoln coin varieties in the US Mint history, but the Wheat penny is something special. This collectible cent appeared in circulation in 1909 and lasted until 1959, when the reverse was changed.

Collectors appreciate these coins as the first among American coinage with a genuine person shown on the obverse. The 1912 penny value primarily depends on each specimen’s preservation level since most pieces spent years in circulation.

History of the 1912 Wheat Penny

The first Lincoln pennies with wheat stalks (Wheatie) on the reverse appeared in circulation in 1909. This historically significant coin featured the 16th American President, the first real person shown on state coinage.

The 26th American President Theodore Roosevelt chose medalist and sculptor Victor D. Brenner to create the new penny to commemorate a century of Lincoln’s birth. The designer did a great job but made a mistake and put his oversized initials, VDB, on the reverse.

Charles E. Barber objected to three letters occurring on the coin surface, causing dies to change. However, some pennies were already released into circulation, and collectors consider them highly collectible nowadays.

Besides, the 6th chief engraver Barber refused to support the artist who had knowledge and skill but was inexperienced in making coins’ designs.

Brenner produced medals by that moment, but that was a bit different from creating pennies for mass circulation. Therefore, he made several changes before getting the practical design acceptable for minting.

Believe it or not, these initials were less problem than the Lincoln image. By that moment, Americans never had coins with a real person struck on the obverse. Most included an Indian chief or Lady Liberty, imaginary characters based on someone’s face.

However, no one could connect the depicted profile with any living or deceased man or woman. Such a thing was considered inconvenient and tasteless, mainly because George Washington believed such a monarchical custom was inappropriate for the republic.

Many traditionalists were afraid that the new coin would be a disaster. However, the resistance to this novelty was negligible, probably due to Lincoln’s popularity.

Over the years, Lincoln pennies kept the obverse look, but their composition and reverse design were changed several times. Initially, these coins contained copper, but that was changed in 1943 when the US Mint minted them of steel. Since 1982, they have been made of copper-plated zinc.

Features of the 1912 Wheat Penny

The Wheat penny debuted in 1909 as a coin commemorating Lincoln’s 100th birthday, and pieces struck in 1912 appeared three years later. That made these early set precious and collectible for all collectors interested in pennies.

The obverse of the 1912 Wheat penny 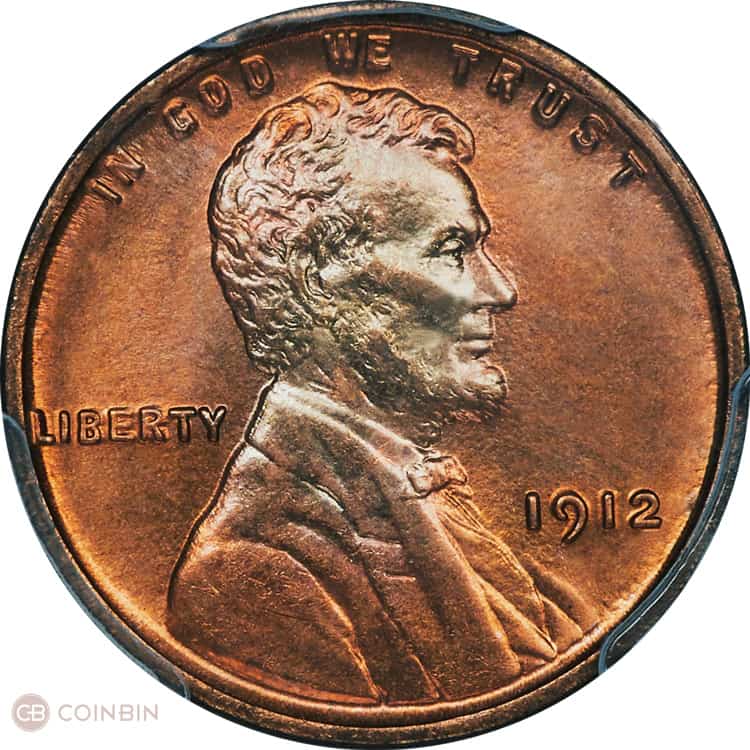 The 1912 penny obverse shows President Abraham Lincoln’s bust surrounded by the words IN GOD WE TRUST above his head. The LIBERTY is struck behind his back, while the mint mark, when existing, and the minting year are on the right coin side.

The reverse of the 1912 Wheat penny 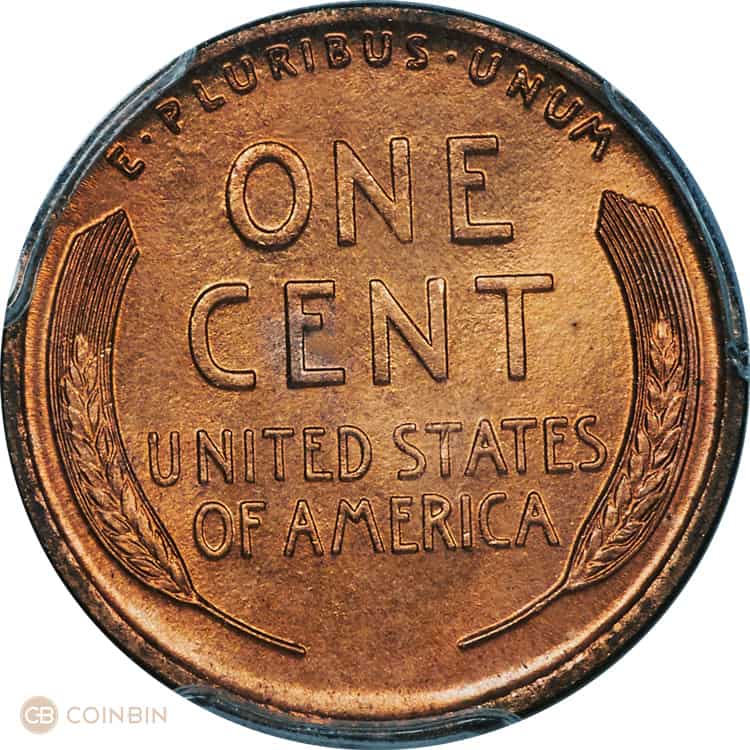 Victor Brenner created the simple reverse with two wheat ears placed along both coin sides. The top position was reserved for the required saying, E PLURIBUS UNUM, while the UNITED STATES OF AMERICA and the denomination occupied the central space.

Other features of the 1912 Wheat penny

In 1912, three mints produced 82,995,060 pennies with wheat stalks on the reverse. All three minted coins from the regular strike, but the one in Philadelphia also released 2,145 proofs for collectors. The highest mintage in 1912 had the Philadelphia mint with 68,150,915 struck pieces. Heavily circulated coins are typically worth $1 to $30 nowadays. On the other hand, excellently preserved pennies cost $25 to $6,000, depending on their color and rating.

The most pricey is a cent, sold for $21,850 in August 2006. One owner offered this rare penny in an MS 67 grade at Bowers & Merena and got an unexpectedly high price for this coin type. 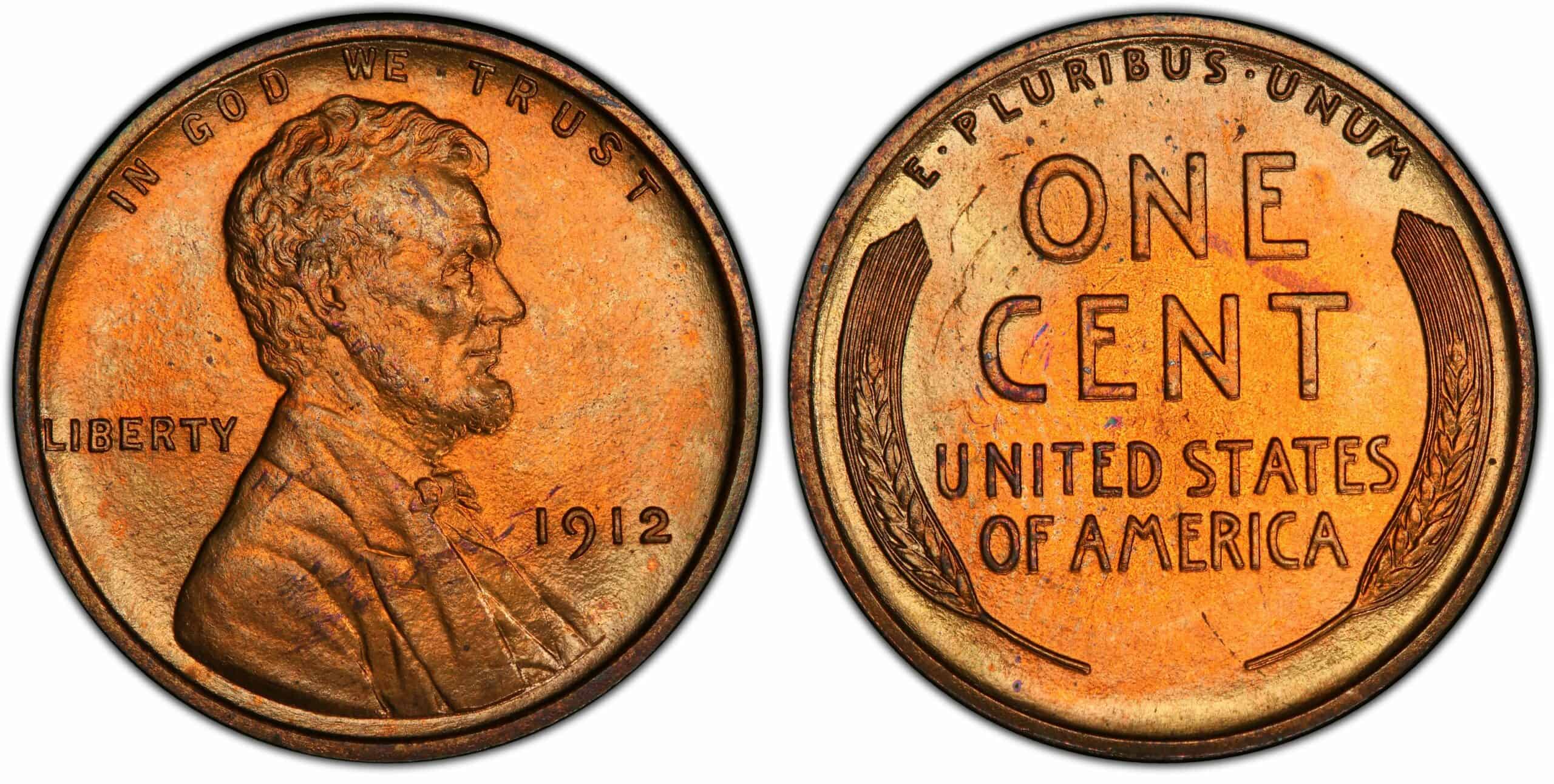 Besides coins from the regular strikes, the Philadelphia produced 2,145 proof pennies in the fourth minting year. Depending on the grade, most brown pieces are worth $300 to $7,000. On the other hand, those with an attractive red toning often come to $22,500 at auctions.

The most expensive penny in the set is one proof coin. This beautiful red specimen in a PR 66 grade achieved $37,600 at an auction in February 2016. 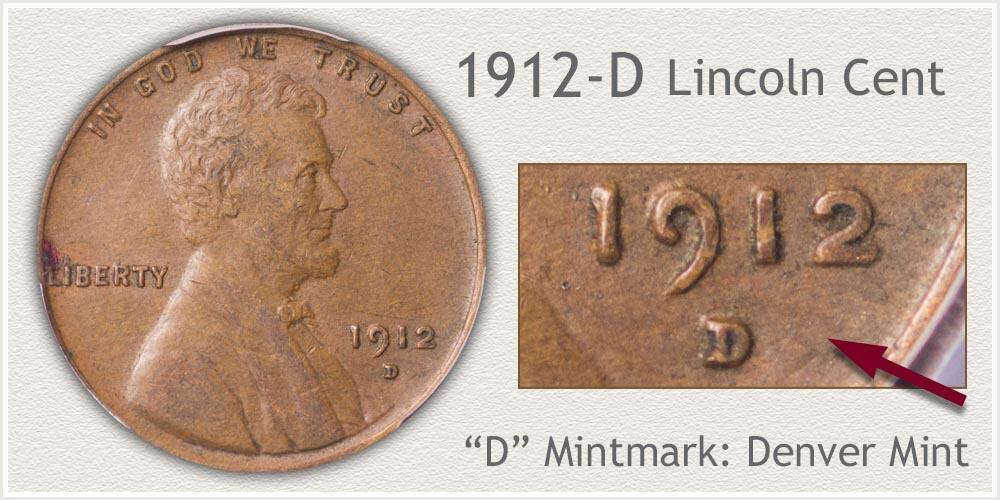 Most circulated pieces of 10,411,000 minted in Denver are worth $5 to $125 on the current coin market. Prices of these in the mint state significantly vary, depending on their toning. Nowadays, you can find: 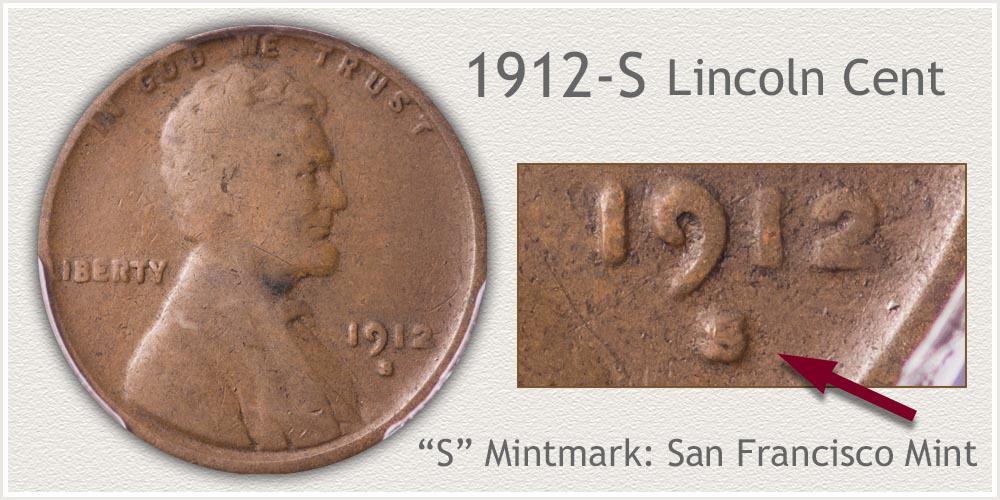 The least valuable Wheat pennies from San Francisco are brown circulated coins. Their price range is from $12 to $60, but some pieces from the total 1912 mintage of 4,431,000 are still in the mint state.

Some 1912 penny varieties or errors are particularly valuable. Even though the most recognizable imperfection among Lincoln cents is doubled die error, it is not reported among coins struck this particular year.

That fact doesn’t mean they don’t exist but that they have not been cataloged so far. On the other hand, you can come across some other error coins with this date, like:

Several 1912 pennies with more or less sizable blank crescents are collectible, and you can get about $5 to $10 for those with small imperfections. Specimens with 5% to 10% off-center errors are worth more, while you can get a few hundred dollars for the 1912 Wheat penny with 50% of the design but with the intact date.

Some 1912 Wheat pennies minted in San Francisco came with the mint mark re-punched twice, resulting in a slightly doubled S letter on the obverse. These coins are rare and worth $5 to $25.

This error typically occurs when the old and worn-out die strikes the coin. The result is a small raised relief on the coin surface at the place of the die crack. Such pennies are worth $1 to $100, depending on the crack size.

FAQ about the 1912 Wheat Penny

Most pennies minted in 1912 are not particularly scarce. However, some errors and highly collectible pieces with desirable red toning can be rare on the market nowadays.

Which 1912 Wheat pennies are particularly expensive?

Such old coins like Lincoln pennies from 1912 are often valuable and collectible. Those minted in the Philadelphia mint typically spent years in circulation, so their price is about $1 to $30 nowadays. Collectors are prepared to pay $25 to $6,000 for well-preserved ones, depending on their color and rating.

What are the most expensive Wheat pennies?